Is this the most common work tool in the world? 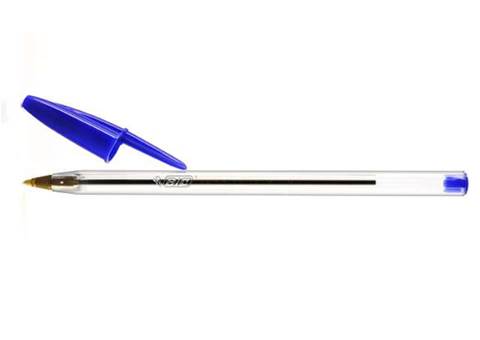 We don't know, but apparently several million of these things are sold every day.

Despite the fact we spend a lot of time typing up notes into a phone, laptop, desktop PC and a tablet, we usually still keep a pen handy.

We came cross a bit of trivia today that got us thinking how long we'll keep doing this. Apparently more than 100 billion of those cheap blue pens in the photo have been sold over the years.

The pen in the photo is made by BIC, and we came across that bit of trivia via the OfficeSupplyGeek site, (yep, there's a site for pen enthusiasts), which linked to an interesting ABC article about the history of the BIC pen.

Here's a few bits of trivia you can find in those articles and the BIC web site:

Clearly, the pen is far from being disappearing - the BIC site states "several million" are sold daily.

Personally, we'll still grab a pen for short notes when we're having a phone conversation, but anything longer, especially if it's going to be the basis for work we'll need to keep referring to, then our preference is a laptop (that's if it's feasible to be carrying one). We can keep a backup, copy and paste it elsewhere, avoids us having to type it into a computer later. No doubt many people have no need for this though.

Nice pen though (although we find it too skinny for our liking).

What’s one work essential you couldn't do without? Add your comment below.