Is this more reason to use LinkedIn? 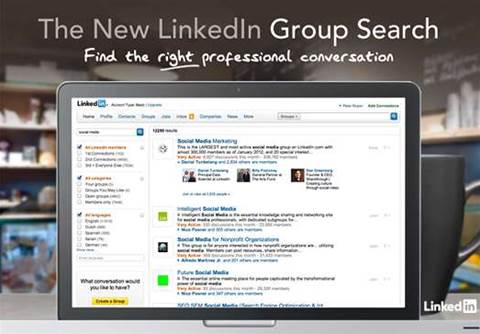 If you're not yet on LinkedIn, you might be interested to know there are now more than 300 million LinkedIn users.

LinkedIn is one of those social networks where it's hard to put your finger on exactly whether it's worth bothering with.

It can be useful. For example, recently I was contacted through LinkedIn by a friend who wanted to chat about a previous client I had, as he was looking at a job with them.

It turns out he's one of the more than 300 million people LinkedIn has using their service. Interestingly, over 23 million of those users have joined just this year.

There are lots of local LinkedIn groups that offer value for local businesses, but what you get out of LinkedIn is closely tied to what you want.

Unlike many other social networks, LinkedIn boasts that two-thirds of those users come from outside the US and almost half its traffic comes from mobile devices, reflecting the shift happening in business as more people do their social networking and communication on smartphones and tablets.