Is the iPad Mini worth waiting for? 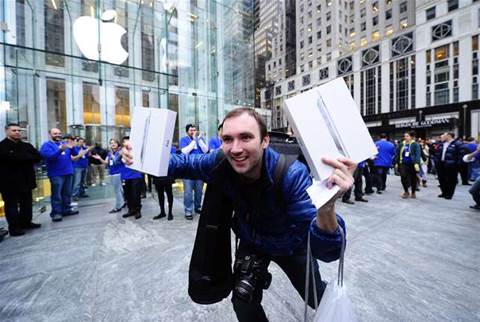 If the rumour mill is right, September will see the release of an all new iPhone and 7-inch iPad - an iPad Mini. If you're contemplating a Nexus 7 should you wait to see what Apple dishes out?

Leaked images of a supposed iPad Mini from Chinese blog site Sino Weibo have appeared lending fuel to the speculation fire. If they're true, the new iPad Mini will lack a camera but sport a screen that puts it right between the new iPhone 5, which we expect will probably have a 4-inch screen, and the iPad.

The question is, should you wait?
We work to the theory that the best time to buy new technology is always tomorrow. Almost every week some new "revolutionary" product hits the market. If you have and like the iPhone and a slightly larger version might appeal, then wait for the iPhone 5.
Newsletter Signup

I have read and accept the privacy policy and terms and conditions and by submitting my email address I agree to receive the Business IT newsletter and receive special offers on behalf of Business IT, nextmedia and its valued partners. We will not share your details with third parties.
However, we see the 7-inch size tablet being very much a companion device. For travellers, the iPad when equipped with something like the Logitech Ultrathin Keyboard, is almost a laptop replacement.
We haven't done our full in-depth review of the Nexus 7 yet, so we'll reserve our final verdict for then - but for business users I'd suggest that the Nexus 7 is probably a better fit for everyday use than an iPad - even if the smaller iPad Mini makes it to market. The ability to customise the screen so that email and calendars are visible without needing to open other apps is very handy. This alone makes Apple's app-centric view of mobile devices feel dated.
If you need a small tablet then there are plenty of choices available now. September is not that far away, but the rumour of an iPad Mini doesn't make it real.
Copyright © BIT (Business IT). All rights reserved.
Tags:
apple hardware ipad mini nexus nexus 7 tablet tablets
By Anthony Caruana
Aug 8 2012
11:34AM