Is Facebook's Instant Articles just another step towards Internet domination? 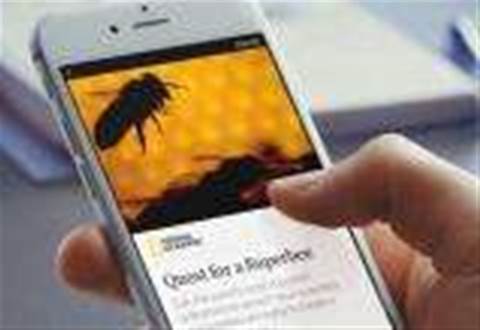 Facebook's new Instant Articles means more people will spend more time on Facebook, and never leave, which could be bad news for your own website.

In another blow for the old school "World Wide Web" as we've so far known it, Facebook has unveiled Instant Articles, a new mobile content platform designed to keep users penned inside its social media app by removing the need to leave the site to read articles.

A direct descendant of Facebook Paper, a mobile app briefly available in the US, Instant Articles integrates content from publishers directly onto your newsfeed - cutting loading times and making them even easier to access. According to the social media giant “stories take an average of eight seconds to load, by far the slowest single content type on Facebook. Instant Articles makes the reading experience as much as ten times faster than standard mobile web articles.” But it's not just speed that makes the new platform interesting.

By loading natively in Facebook's app, the articles - at present, only from selected publishers including The New York Times, the Guardian, Buzzfeed, the BBC and more - not only appear faster, but should be more interactive. Facebook says it'll be possible to explore interactive maps and photos, and cool features like parallax have also been promised. The app will be available from iPhone immediately, but it's almost certain that an Android, Windows Phone and web-based version is on the way.

According to Chief Product Officer Chris Cox, Facebook's new platform “enables publishers to provide a better experience for their readers on Facebook”, but it's also another example of Facebook controlling content and browsing habits.

Facebook already has probably the biggest pool of data on each of its users of any company,, and by keeping them within its app ecosystem for longer, it gains even more data and advertising clout. Up till now, online ads have been dominated by Google, but as the proportion of ads sold on mobile has grown, Facebook has become more powerful. 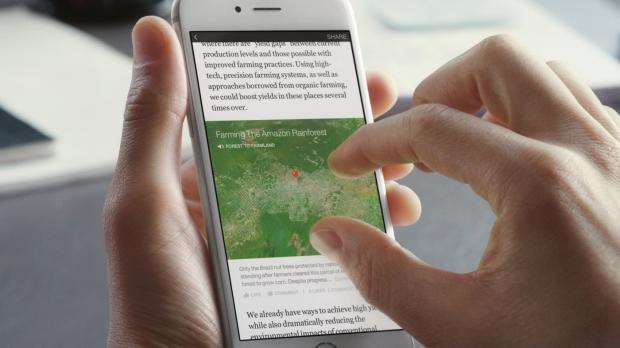 What's in it for publishers?

Given that Facebook has become a massive source of traffic for online publishers – some sites get up to 70% of their traffic (and thus ultimately revenue) from the social network – it's hard to understand what's in it for publishers. The answer is, potentially, even more money: Facebook is offering to give publishers 100% of the revenue for ad slots the publisher sells. And any ad inventory which the publisher can't sell can be sold by Facebook, which takes a cut.

The big, unanswered question is whether these ad rates can prove to deliver more revenue than the publisher's own websites. Most websites carry multiple ads per page; Facebook is likely to show only one per article. However, many publishers also struggle to get decent rates for mobile sales, and Facebook may prove to simply be better at selling mobile ads than many publishers' own ad sales teams.

Internet.org and the the issue of net neutrality

The release of the app comes after news that Facebook is taking on Google by testing something which looks remarkably like a search engine, in a move which may further herd users to Facebook's prefered (or “algorithmically selected”) content. And then there's internet.org, a partnership designed to deliver low-cost Internet access to the developing world which has been criticised for potentially violating the principle of net neutrality by favouring Facebook services, and even characterised as “simply a Facebook proxy targeting India's poor”.

Put together Facebook's existing dominance of social media, the potential of content simply living on Facebook rather than publisher's sites, and Facebook-biased Internet access, and you have an interesting recipe for what amounts to Facebook becoming the Internet for millions of people. And that raises some big questions about the entire future of the net.