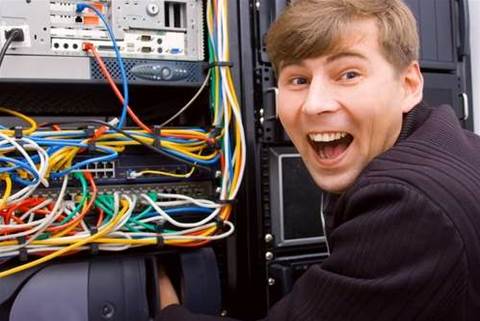 Reports that AAPT is planning to uncap its offpeak data sounds like good news, but plenty of questions remain.

Good news if 55GB download quotas don't float your boat - our friends over at iTnews are reporting AAPT has an unlimited download plan on the way.

While AAPT deal is apparently some time away from hitting the market, the essence of the plan outlined in a Whirlpool post is an uncapped offpeak period, increased peak period caps, all on an ADSL2+ service under a 24 month contract.

Given that you can already rack up 100GB or more on heavy use plans, unless you're really planning on downloading every Linux distro ever made these plans may be pointless - then again, the Whirlpool "leak" refers to the LiveNet 10 plan in the explanation of the new unlimited offpeak offering. At $49.95 (bundled) that might make AAPT more of an enticing proposition.

Or, it could turn into a heaving mess if the speeds and service can't cope with demand.