iPhone SE released at Apple event: All you need to know 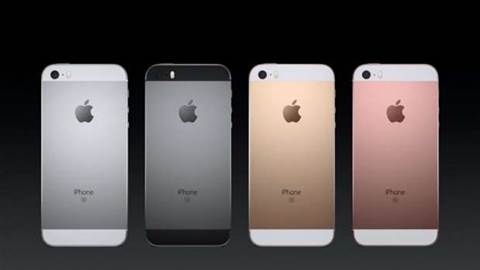 Apple has just released a brand new 4in smartphone. Here's the key facts

After months of rumours, Apple has unveiled the next iPhone - but it's not the iPhone 7. Instead, Apple has released the iPhone SE, a 4in smartphone with all the specs of the iPhone 6s. The iPhone SE will be available to order on March 24th, and will start at $679.

Apple hopes the iPhone SE's lower price will be able to secure more sales in countries like China, and capture the lower-end of the market - usually occupied by budget handsets. Of course, the iPhone SE will also have a smaller screen, so it will also appeal to those who find the current iPhone's 4.7in display on the large side.

I have read and accept the privacy policy and terms and conditions and by submitting my email address I agree to receive the Business IT newsletter and receive special offers on behalf of Business IT, nextmedia and its valued partners. We will not share your details with third parties.
Copyright © Alphr, Dennis Publishing
Tags:
apple hardware iphone
By a Staff Writer
Mar 22 2016
4:11PM