iPhone 6: what do you get for your money? 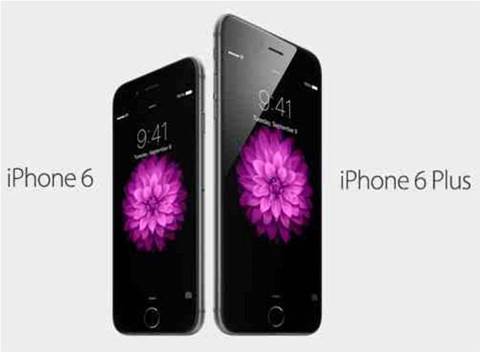 The 4.7in iPhone 6 and 5.5in iPhone 6 Plus have been announced. Click to see the new features and how much you'll pay.

As expected, Apple launched the iPhone 6 and larger iPhone 6 Plus at a special event hosted in Cupertino, California. The biggest surprise of the event, however, was the inclusion of the company’s first wearable device, the Apple Watch.

An iPhone update usually brings with it a boost to the core specs of the smartphone, and this year is no different. Under the hood of both new smartphones is the A8 chip with second-generation 64-bit desktop-class architecture.

Apple claims this chip delivers 50x faster performance than the original iPhone, with graphics performance being 84x better than the 2007 device too. The A8 chip, along with Metal - a new graphics technology - has led to improved battery performance from the smartphones as detailed in the image below.

The camera in the iPhone 6 and 6 Plus has also been upgraded, with autofocus now operating at twice the speed. Video has been boosted, too, with technology allowing for slow-mo to be recorded at up to 240fps at 1080p; the video camera now also features optical image stabilisation, which will compensate for any involuntary hand-shake while recording. Finally, Apple has given a nod to the power of the selfie, by improving its front-facing FaceTime HD camera. The new features include a larger sensor that lets in 80% more light as well as an increased aperture measurement of f/2.2.

The most impressive new feature in the iPhone 6-class smartphones is the ability to use the devices for making contactless payments. Apple uses a combination of the new on-board NFC, Touch ID (fingerprint sensor), Passbook and its new Secure Element software to create a feature that it has named Apple Pay. Initially, Apple Pay will work only in the US.

Last but not least, the new iPhones support high-quality voicecalls over LTE networks (VoLTE), plus Apple has also enabled iPhone 6 users to make calls over a Wi-Fi network too.

iPhone 6 and iPhone 6 Plus price in Australia

The devices can be pre-ordered from 12 September with the shipping date confirmed as 19 September for all major markets, including Australia.

I have read and accept the privacy policy and terms and conditions and by submitting my email address I agree to receive the Business IT newsletter and receive special offers on behalf of Business IT, nextmedia and its valued partners. We will not share your details with third parties.
Copyright © PC Pro, Dennis Publishing
Copyright © PC Authority, nextmedia
Tags:
6 australia hardware iphone iphone 6 iphone 6 plus
By David Court
Sep 11 2014
9:25PM