iPad Pro: What we want to see 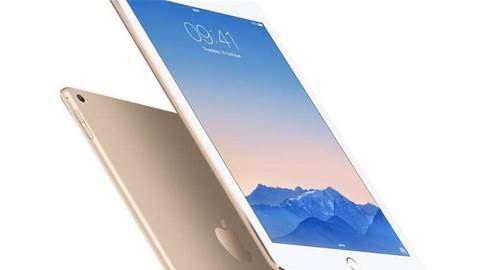 Apple looks set to release a bigger version of the iPad, the iPad Pro, later this year. What features would we like to see from it?

The release of Split View in iOS 9 makes it much more likely Apple will release a bigger and presumably more powerful iPad later this year, possibly dubbed the iPad Pro. Although Split View works well on an iPad Air 2, it's easy to see how an iPad with a bigger screen would be able to utilise this feature to a much greater degree.

So what do we want to see in an iPad Pro?

The first and most important thing we'd like to see is, obviously, a much bigger screen. How big? We think something around the same size as the Surface Pro 3 would be optimal.

Although the jump from 9.8in on the iPad Air to 11.5in for an iPad Pro doesn't sound much, in practice you'd get a much larger surface area to play with, without too much compromise in the way the tablet feels in your hands. Go larger, and you'll find it too big to handle. Smaller, and it's too close to the existing iPad Air.

How about thickness, something Apple has become more than a little obsessed with of late? We think the iPad Pro will be around the same thickness as the 6.1mm of the iPad Air 2. This would deliver a bigger internal space, allowing the iPad Pro to have more battery capacity and so potentially a longer battery life than the Air 2, in the same way that the larger size of the iPhone 6 Plus allows it to have a longer battery life than the iPhone 6.

The biggest question is weight. The heavier a tablet is, the harder it is to hold in your hands for any length of time. The Surface Pro 3's 800g is close to double that of the iPad Air 2 (437g), and if you try holding one in your hands for a while you'll understand how big that difference is. We would expect an iPad Pro to sit somewhere between the Air 2 and Surface Pro 3 – perhaps around 600-650g.

You can expect the iPad Pro to pack some pretty serious processing power, but Apple has proved itself adept at building fast and powerful chips with its A-series. You can bet that the iPad Pro will use the next-generation A9X processor, and it will need to: for a “professional” iPad, capable of showing several applications onscreen at the same time, we need performance to spare.

Yes, we know: it's a tablet and not a laptop. But there are still plenty of times when you want to hammer out a lot of words in one sitting, and that means a physical keyboard.

We'd like to see something like the Surface Pro 3's Type Cover – but we expect it to be far more usable. Imagine the incredibly advanced keyboard technology from the MacBook, built into a keyboard that's even thinner and lighter than the Type Cover, but which also delivers good rigidity.

How Apple will get over the “lappability” problem all hybrid laptop/tablets face is hard to work out, but we're pretty confident the company's industrial designers will do something different.

Will the iPad Pro have a pen? There's been a lot of debate around the Alphr office about this, and we're not confident Apple will go down the pen route.

Would we like one, though? You bet we would: for everyday tasks such as annotating PDFs, taking notes and sketching the odd diagram, the pen still beats your fingers.

Of course, the one thing we always expect from any Apple product is great design – and the iPad Pro will be no exception.

The iPad Pro has to be the kind of product you want to carry around and show off. It has to combine great engineering with elegant and simple design. And it has to be so good that it makes us instantly want to abandon our iPad Airs and queue up to buy one.

I have read and accept the privacy policy and terms and conditions and by submitting my email address I agree to receive the Business IT newsletter and receive special offers on behalf of Business IT, nextmedia and its valued partners. We will not share your details with third parties.
Copyright © Alphr, Dennis Publishing
Tags:
apple hardware ipad ipad air 2
By a Staff Writer
Jun 19 2015
2:22PM