iPad Air on a contract: Telstra vs Optus vs Vodafone 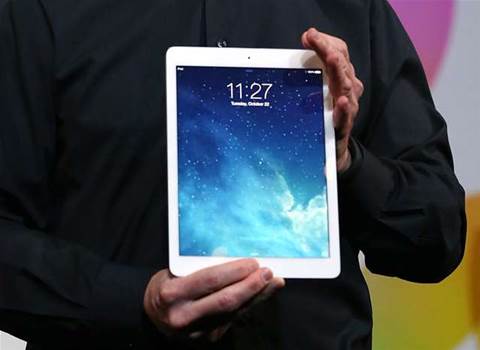 Compare the different Telstra, Optus and Vodafone plans for the new iPad Air which goes on sale today. How do the prices stack up?

The iPad Air goes on sale today and while you can purchase it outright, Apple’s latest tablet is also available on a contract with Telstra, Optus and Vodafone.

Below you can see the different plans.

Of course, choosing a network is about how reliable the service is, not just price. But what about those prices?

We've noticed a few interesting things about the prices.

First, Telstra isn't as expensive as you once might have thought. See below for some examples.

Second, if you’re after the cheapest plan, Vodafone looks to be your best bet with the telco offering the iPad Air 16GB model with 2.5GB of included data for $49 per month on a two year contract. BUT Vodafone's plans aren't all hugely cheaper.

Also, and this is an obvious one, but not to be ignored - Optus is currently the only one offering a 12-month contract (as well as 24 month) with 12-month plans starting from $80 per month. It's much more expensive than a 24 month plan though.

The Optus plans on a 24 month contract are as follows:

And here are the Optus plans on a 12 month contract:

A few things to note about Optus - compared with Telstra, it's really not much cheaper ($1!) on Optus if you're only getting a plan with the minimum 1GB of data per month.

If you need 10GB or more of data a month, Optus might be worth looking at. For 10GB, you'll pay less than Telstra's most expensive plans (although those Telstra plans give you 15GB).

Also note the big jump in cost if you choose a 12 month contract.

Telstra will charge per month:

In a nutshell, the pricing is slightly (though only slightly) more expensive than Optus for the cheaper plans. But for 4GB and 8GB plans Telstra is cheaper than Optus.

At this stage, we can only see 24 month plans from Telstra.

Vodafone are currently only offering the iPad Air in 16GB and 128GB models. Pricing is as follows:

Vodafone has the cheapest plan on paper, but you also get less choice of iPads and data plans.

Unlike the other two network providers, Vodafone is only offering two models of the iPad Air (16GB and 128GB) so you will have to look at other carriers if you were planning on getting either the 32GB or 64GB model.

The $49 plan is the best value on the market that we've seen so far (at the time of writing) - only a dollar or two cheaper than Telstra and Optus, but more than twice the amount of data.

Things get interesting if you want a plan with more data, or the more expensive 128GB iPad. For most (not all) of these other plans, Vodafone is actually similar or not too far off Telstra's prices, and not too far off Optus prices (a bit cheaper than Optus).

The only exception we can see is if you want 8GB of data per month with a 16GB iPad - that's one place Vodafone is noticeably cheaper than both Telstra and Optus.