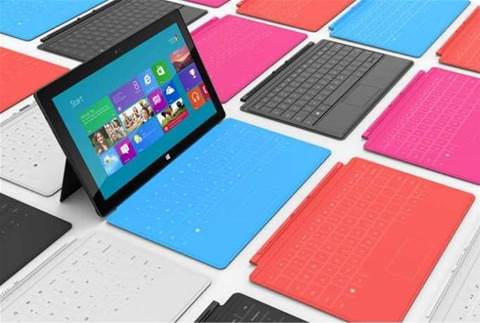 Today, Microsoft unveiled two new 10.6in tablets dubbed 'Surface': one is a fully-fledged PC that runs Windows 8 Pro and an Ivy Bridge CPU and the other uses an NVIDIA Tegra chipset and runs Windows RT. Both come with inbuilt stands and covers that double as touch keyboards.

Microsoft CEO Steve Ballmer showed off the tablets at a special event in California, where he claimed they were aimed at PC users who like to "design and create things". 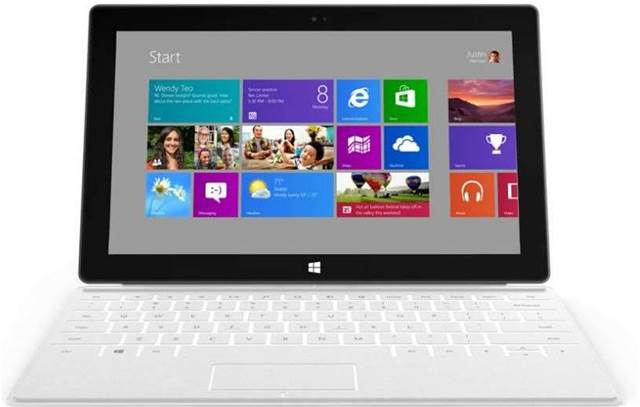 Both models of Surface boast a 10.6in widescreen covered in Corning Gorilla Glass and use Microsoft's ClearType HD Display technology - the Windows RT model has a 1366 x 768 screen, while the Windows 8 Pro model has a 1080P screen. Like other new tablets hitting the market, Surface's display will auto-adjust its brightness to deliver optimum visual clarity, even outdoors.

Connectivity options for the Surface RT include a Micro SD card slot, USB 2.0, Micro HDMI and reliable WiFi via a pair of MIMO antennas.  The device also comes with two cameras.

According to Microsoft, the scratch-resistant 'VaporMG' case enclosing the tablet has been ﻿meticulously designed to "protect the vital technology inside". (We're not sure whether this translates to a drop-proof guarantee, but the official Surface website makes no mention of this). 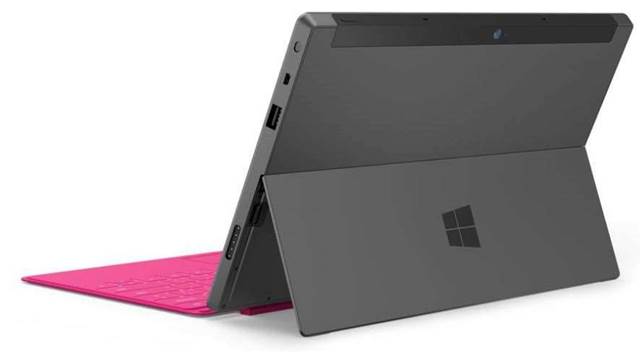 The Windows 8 Pro version of Surface is compatible with Microsoft's digital ink technology and comes with a magnetic stylus. Depending on how accurate and responsive the device is, this could make it a serious contender for users within the design industry.

Despite Windows 8's much-touted touch screen credentials, Surface will come with a keyboard attachment as standard. Unlike other tablet hybrids such as the Asus Transformer Prime, Surface uses a 3mm magnetic cover that doubles as a fully functioning keyboard and trackpad.

The concept seems similar to Apple's iPad Smart Cover (right down to the varierty of loud colours), but with the added functionality of a multitouch keyboard built in (there is also a thicker version with proper switched keys as well).

It may come as no surprise that Microsoft seems to be pursuing the casual user market with its new Surface tablet. The freshly-launched Surface microsite talks about  music, movies, games and "getting stuff done" with Office.

We'll be back with an unboxing, hands-on and the full review treatment once we get our hands on the device.

In the meantime, you can check out the Surface unveiling video and specification tables below: