If you're buying a Microsoft Surface, be aware of this 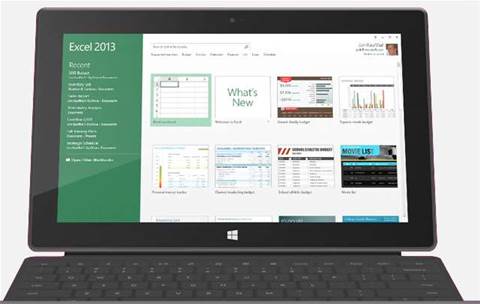 We certainly think the new Microsoft Surface tablet has some good points, but there's one baffling oversight.

It turns out the Microsoft Surface tablet with Windows RT does not support the syncing of Office files from SkyDrive for access when you’re not connected to the Internet.

If you travel for work and you are thinking about buying a Surface tablet so that you can work on Word and Excel documents then this might affect you.

So what's the issue?

“Will a SkyDrive app that downloads and local copies of my files stored on SkyDrive be available for Windows 8 RT?  Specifically, I am trying to determine whether it will be possible for me to access my SkyDrive files on a Windows 8 RT device when I am NOT connected to the Internet.”

Let’s review this. Microsoft has a cloud storage service that allows you to sync files from the Internet so the same files are on your Windows 7 computer or Mac, but doesn’t sync to Microsoft's own Surface tablet?

Here is how forum moderator JMichael_M. put it:

"The SkyDrive sync client will not be supported on RT (such as the Surface RT) but you will have the Windows 8 SkyDrive app.  This means that there will be no offline support for some file types such as Office documents but SkyDrive photos will be viewable offline from the Photos app."

Another forum moderator, Tony Mac, goes on to describe a somewhat convoluted process for opening files when offline, as long as you opened them when you were previously online.

Getting to cached office files:

You can open the "Office 2013 Upload Center" by searching in Apps on the Start screen (click on the Upload Center to open). From there, you will see a list of files in the cache. You can open from here as well and can be done online or offline.

These files can be opened from the Office application (last used to edit the file) using the "Most Recently Used" list.

Note: the Office document cache has a default setting of 14 days to keep cached files. This can be changed in "Settings" in the Office 2013 Upload Center. This can be set up to 30 days."

So, even though the SkyDrive app for Windows RT doesn't sync Office files, Office stores local copy itself. So what's the problem?

"As far as Office documents are concerned (confirmed at least with office 2013) any file you've opened has an offline version cached. So, if you've already opened the file you'll have the last version to be read from the server. Office actually handles it's own syncing, so SkyDrive defers to it when reading files. So, while you won't have the full physical copy in your SkyDrive folder, Office should keep an offline file of anything you've accessed within a reasonable time period.

In summary, you don't need SkyDrive to sync office files, you just won't have access to files you haven't already opened unless you're connected to the web."

It's this needing to open files first, in case you'll need them, that is drawing concern from users on the forum.

The good news is that Microsoft is apparently doing something about it. Forum moderator Justin.H states that, "Offline access is a very important feature and is among the features that is being developed."

He also points out that "you can still get to your files from the website. It does not sync, but allows file access."

That’s heartening but Microsoft needs to get on to this ASAP.

As it stands, Surface, Office 2013 and SkyDrive are a great trio of products, it just remains to be seen how well Microsoft can make them work together.