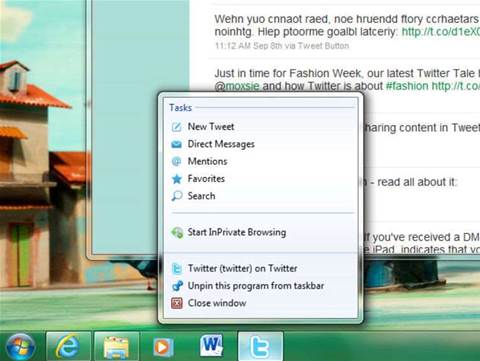 Windows 7 users won’t be able to install Internet Explorer 9 until they have downloaded Service Pack 1 for the operating system, according to the company.

Microsoft had already said IE9 would not run on Windows XP machines and that Vista would require SP2, but the news that the company’s newest OS would need an upgrade might come as a surprise.

Microsoft is remaining tight-lipped on final release dates for IE9 and SP1, but both are expected in the first half of next year.

The announcement suggests the two updates may appear simultaneously, but Microsoft – not surprisingly given the push to move enterprises from XP - said companies should not wait for SP1 and IE9 before upgrading systems.

Microsoft has previously said the SP1 update would not include new features, only security patches and fixes.