I must confess I like the Adobe Creative Cloud 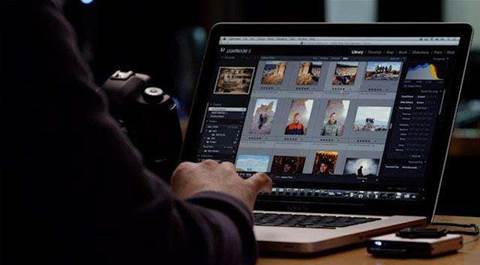 Opinion: Jon Honeyball explains why Adobe's Creative Cloud is a preferable way to get the best "arty" tools.

[There has been quite a bit of talk about Adobe's Creative Cloud, which is the pay-by-the month way of getting popular tools like Photoshop. The following is an excerpt from a column by Jon Honeyball, published in PC & Tech Authority magazine. Given how relevant these tools are for people like photographers, designers and video editors we decided to share it with you here.]
As well as being a fan of the full E2 Office 365 subscription, I must confess I like the Adobe Creative Cloud offering. It gives you a frankly ridiculous amount of creative power for less than the cost of a daily frothy coffee - and on two machines.
Newsletter Signup

I have read and accept the privacy policy and terms and conditions and by submitting my email address I agree to receive the Business IT newsletter and receive special offers on behalf of Business IT, nextmedia and its valued partners. We will not share your details with third parties.
If I’m honest, the real cost is the time required to learn these tools to any sort of depth. But as it stands, I know I have the best “arty” tools available to me on both Windows and Mac, and I don’t have to stump up the high cost of entrance every year. For a business, and even for a home user, a small drip feed of cost is almost always preferable to a significant one-off outlay.
Currently, I have the tools installed on two Windows boxes, one running Windows 7 and the other running Windows 8 (both 64-bit). I wanted some of the tools on a Mac, since I wanted to compare Adobe’s video-editing tools with those of Apple’s Final Cut Pro X, so I went to the Adobe site to see if I could add another user account to my subscription. I could, but Adobe wanted twice as much money. I decided to uninstall the software from one of the Windows boxes and use that licence instead.
However, I have to say I was a little surprised when I played with the “number of seats required” slider - slide it up to 100 and the monthly bill is 100 times that for a single seat. Surely at some point there’s volume discount. Not even at 100 seats? Come on, Adobe, you can do better than that.
Copyright © PC Pro, Dennis Publishing
Copyright © PC Authority, nextmedia
Tags:
adobe cloud creative software
By Jon Honeyball
Nov 5 2013
1:46PM