HTC U11 hands-on: the squeezy smartphone 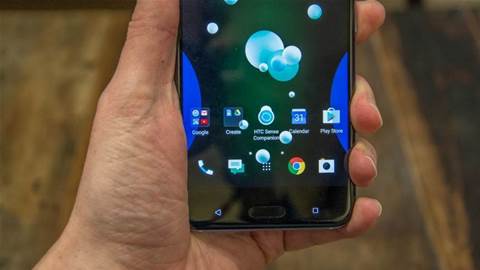 HTC’s new flagship allows you to squeeze it to launch apps, but it offers a lot more too.

The HTC U11 is one of the more intriguing new smartphones of 2017. Teased last month with the bizarre tagline “Squeeze for the Brilliant”, HTC’s latest flagship set tongues wagging. What could it be? A smartphone-cum-stress toy? Maybe a ruggedised handset with impact-resistant edges?

Well, it’s none of those things. Instead, the squeezable element in the new HTC U11 is “Edge Sense” and it consists of a series of pressure sensors built into the lower half of the frame of the phone.

HTC calls this new way of interacting with your phone “extended touch”, and predictably it says it’s a revolution. In reality, it’s really just a nice-to-have extra; something that will let you launch the camera app and snap a selfie without having to find a button or locate a button, for example. But we can’t see rival manufacturers chomping at the bit to build it into their next handset.

Thankfully, the HTC U11 offers much more, but first, let's see how the new navigation tool works.

How does Edge Sense work?

Edge Sense allows you to launch apps from the lockscreen and carry out various actions within those apps.

Basically, there are two types of squeeze you can apply to the HTC U11: a short and a long squeeze. Squeezes are accompanied by a short dig of haptic feedback – so you know when to grasp the edges a little harder – and each type of squeeze can be assigned to launch any app you like. This works from the lockscreen with the phone in standby or from the homescreen.

Once you’re in an app, squeezes become context-sensitive – stay with us, it’s not as ridiculous as it sounds. For example, in the camera app a short squeeze fires off a frame and a long squeeze switches between selfie and rear camera modes. Initially, these in-app actions will be restricted to HTC apps such as the camera app, but in July the firm will be releasing an Edge Sense add-on via Google Play that will allow users to add customisable actions to any third-party app.

And what if you’re weak and feeble like Olive Oyl or you’re a bit of a Popeye and don’t know your own spinach-driven strength? No need to worry: the sensitivity can be adjusted through the phone’s settings. This way you can be sure it isn’t too much of an effort to trigger Edge Sense actions and that you don’t trigger them by accident.

That’s Edge Sense in a nutshell, but the HTC U11 isn’t only about squeezy gimmickry. In fact, there’s plenty else to get stuck into here.

From a design perspective, the HTC U11 looks similar to the HTC U Play and HTC U Ultra phones launched earlier the year. That means it sports the same smooth, pebble-like “liquid” surface look and rounded 3D-glass edge profiles. 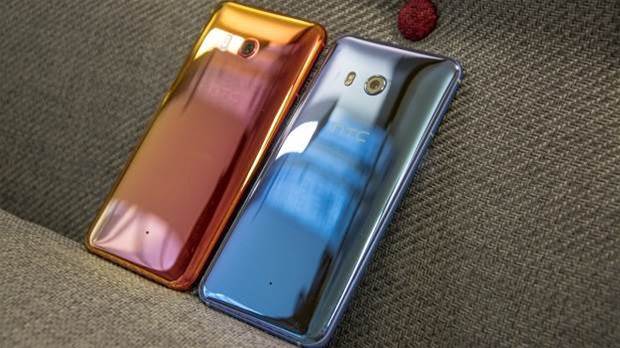 There are a couple of new colours, though: a blue-ish “Amazing Silver” and the rather fetching two-tone “Solar Red” (arriving later in the year), which shifts colour between burnished gold and a lustrous red as you tilt the phone in your hand.

Other than that, the new phone looks very similar to its stablemates, which isn’t to say it’s dull. In fact, the solar red model looks incredible. The way this phone catches and reflects the light is incredible to see; there’s no other phone like it.

It’s a little disappointing there’s no ultra-widescreen, bezel-free display like the Samsung Galaxy S8 and LG G6 to go with that amazing finish. Instead, the HTC U11 has a 5.5in IPS-based Super LCD 5 screen with a resolution of 1,440 x 2,560 (qHD), and bog-standard bezels above and below it.

The HTC U11 is dust- and water-resistant and rated to IP67; that’s a notch below the S8, but since you can dunk the phone in up to a metre of water for 30 minutes, as opposed to 1.5m for the S8, there’s not too much of a practical difference here. It should survive being drowned in the sink briefly just as well as a Samsung Galaxy S8.

There’s also a fingerprint reader on the front, below the screen in the centre, and a microSD slot allowing the addition of up to 2TB of extra space should the built-in 64GB or 128GB not be enough for you.

It ought to be incredibly quick and responsive, then, and it certainly felt that way when I had the chance to handle the phone briefly prior to the launch announcement, but that’s not the only aspect of performance that has been improved for the HTC U11. One more thing the new processor should beef up is battery life. In fact, HTC is claiming the HTC U11 offers up to 45% better battery life than the HTC 10, and that’s despite the fact that the phone has the same size battery as its predecessor at 3,000mAh.

It also supports Quick Charge 3, which will give you “one day of use” through 30 minutes of charging. It’s slightly odd that it doesn’t support QuickCharge 4, which is the latest standard and built into the Snapdragon 835 chipset.

As for the cameras, HTC is focusing on speed and performance rather than outright quality this year. According to HTC, this is a camera that goes “beyond image quality” to build a “fluid camera experience”. In the real world, this translates as improved autofocus performance via a dual-pixel autofocus sensor and faster HDR shots, courtesy of the ISP in the Snapdragon 835 chip.

Otherwise, the specifications look perfectly decent. The rear camera is a 12-megapixel unit with an f/1.7 aperture and optical image stabilisation, just like the Galaxy S8. The front-facing camera captures images at a huge 16 megapixels, has a 150-degree field of view and an f/2.0 lens.

In fact, the camera is better than decent. The imaging experts at Paris-based DxOMark have already tested the camera in depth and awarded it a score of 90; that's one better than the illustrious Google Pixel, which has held the crown, despite stiff competition, since its launch at the end of 2016. It scored 90 out of 100 in the photo tests and 89 in the video tests, which is the highest score ever awarded for video in a smartphone camera in the DxOMark tests. In particular, DxOMark notes that the image stabilisation "is very effective" and has a flash that provides even exposure in a variety of different situations.

I'll run my own tests on the camera, of course when I get hold of one (hopefully soon), but this bodes well for the success of HTC's latest handset.

HTC is revisiting its trademark BoomSound speaker technology for the launch of the HTC U11. Disappointingly, this doesn’t mean the return of the twin, front-facing speakers that graced the HTC One M8 and One M9 – audio emanates from the earpiece speaker and the grille on the bottom edge as with last year’s HTC 10 – but it’s the most powerful BoomSound speaker setup yet, according to HTC. 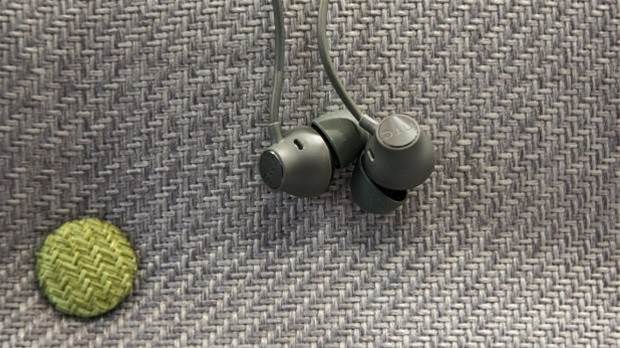 Perhaps more interesting is the inclusion of improved in-box earphones. Just as with the HTC 10, these “Usonic” earphones are able to scan your ear canal and automatically tailor the audio profile appropriately so the sound isn’t overly bassy or tinny. This year, however, HTC is adding active noise cancellation. That’s a pretty sweet deal, since decent active noise-cancelling headphones can cost a couple of hundred dollars or more.

HTC is also sticking to its guns on removing the 3.5mm headphone jack, but it is including an adapter in the box with active amplification.

Finally, HTC has also added a quad-microphone array to the HTC U11, capable of recording “3D” audio. Notably, these microphones can be set to be always listening, so when the phone’s upcoming Alexa capability becomes available in July, you’ll be able to use it on the go just like you do your housebound Echo or Echo Dot.

HTC U11 is available now for pre-orders for $999 from HTC’s online store. That’s $200 cheaper than the Galaxy S8 or LG G6. We don’t know which Australian carriers will be selling the U11 yet, but based on this outright pricing, we’re hopeful that monthly plans will be reasonably priced too.

Overall, there’s lots on offer with HTC’s new flagship phone and it promises to be pretty competitive. We’ll report back with a full review once we’ve been able to spend more time with the U11.