HTC One XL arrives in Australia, exclusive to Telstra 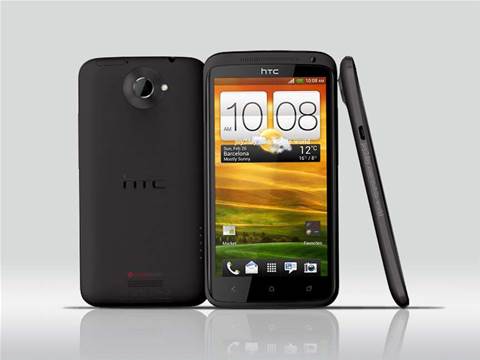 HTC has announced the availability of its third 4G smartphone in Australia, just one week after releasing its Titan 4G handset to the market. The One XL is the latest in the range from HTC following its flagship One X, released in late March.

The smartphone comes equipped with 4G capability and will launch in partnership with Telstra and its LTE network.

The One XL is less powerful than its predecessor, with a dual-core Snapdragon S4 processor rather than the One X’s 1.5Ghz quad-core Tegra 3 chip.

The One XL also carries less memory, with 16GB compared to the One X’s 32GB internal memory.

I have read and accept the privacy policy and terms and conditions and by submitting my email address I agree to receive the Business IT newsletter and receive special offers on behalf of Business IT, nextmedia and its valued partners. We will not share your details with third parties.
Both smartphones offer a 4.7in screen, 9.3mm thin polycarbonate unibody and curved gorilla glass screen, running Android's 4.0 Ice Cream Sandwich with HTC Sense 4. The One XL includes an 8MP 1080p HD video camera on the back, and 1.3MP front camera with 720p video recording.

Telstra has announced the smartphone will be available for pre-order today and in-store from June 5.

The HTC One XL is available for consumer customers on Telstra’s $59 freedom connect monthly plan, plus $6 handset repayment per month, over 24 months.