A quiet revolution has been taking place in the world of desktop PCs over the past year or so. In the face of declining sales, manufacturers have been fighting back with a slew of minimalist compact boxes. Now, HP is throwing its hat into the ring with the HP Pavilion Mini.

Cheaper than a Mac mini and with plenty of space for movies and photos, it joins a steadily growing clan of like-minded machines aimed at reclaiming the PC's place in the home. 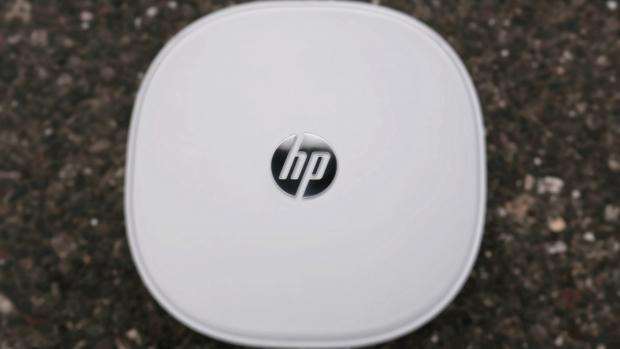 The Pavilion Mini may not be able to match the svelte lines of the Mac mini, but it's a handsome machine in its own right. The silver plastic chassis is sufficiently neutral to complement most home or office surfaces, but stylish enough that you needn't feel ashamed to leave it on show.

However, if you want to tuck it away somewhere out of sight, it's small enough that achieving this feat shouldn't be too hard. It measures a mere 144 x 144 x 52mm (WDH) – around the size of a small soup bowl.

Despite the size, there's plenty of flexibility here. At the front, you'll find two handy USB 3 ports next to the power button, while the right-hand side houses an SD card reader. At the back is the neatly arranged business end of the machine. Here you'll find the power connector, an audio combo jack for headphones, speakers and microphones, a Kensington Lock slot, a Gigabit Ethernet port and two further USB 3 ports, plus an HDMI port and a full-sized DisplayPort output.

If you're looking to upgrade in the future, it's easy to get at the guts of the Pavilion Mini – although doing so will void your warranty. Remove the rubber base to expose three screws; undo these and lift the chassis to reveal the Mini's innards. From here, it doesn't take much work to replace the hard disk, access the motherboard's pair of SODIMM slots (one of which is vacant) and get at the system's wireless card.

This makes it a touch more flexible than a Mac mini, but it can't match the easy-access Acer Revo One RL85, with its instantly accessible twin hard disk bays. There are some disappointments, too. Wireless connectivity could be better – you only get single-band 802.11n Wi-Fi along with Bluetooth 4. The power supply is an ugly black brick. And, unlike the Revo One RL85, no accessories are supplied with the Pavilion Mini. You need to supply your own keyboard, mouse and monitor. 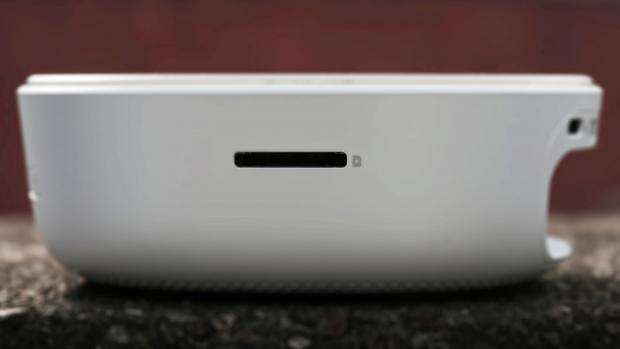 The HP Pavilion Mini is a looker, but it isn't much of an athlete. Our review model (the 300-030na), sports a dual-core, 1.9GHz Intel Core i3-4025U processor, 4GB of RAM and a 1TB mechanical hard disk. There's a faster, Core i5 version with 8GB RAM and the same sized hard disk, and a Pentium-powered edition with 4GB of RAM and a 500GB hard disk.

Whichever device you choose, you're getting a mobile chip that can't match the performance of an equivalent desktop PC. The Core i3 I tested achieved an overall score of 19 in the alphr.com benchmarks, which brings it neck and neck with the Core i5 Revo One RL85. I'd expect a full-blown desktop Core i3 to score between 55 and 61.

With Intel HD Graphics 4400 on board, you won't be playing any of the most graphically demanding, latest-generation games. That said, mid-level titles such as Minecraft and League of Legends won't be unduly taxing, and the Pavilion Mini performs perfectly well for everyday tasks from web browsing to HD movie streaming. 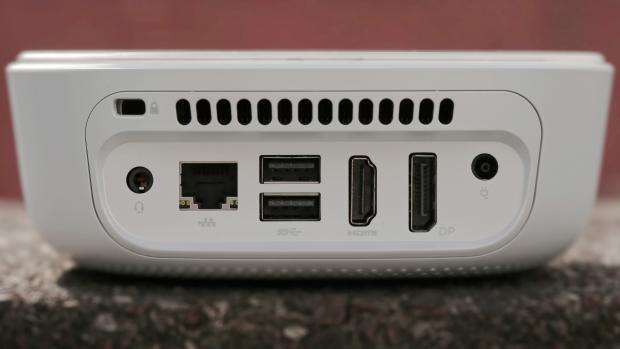 The HP Pavilion Mini is a cheaper option than the Apple Mac mini, but is it cheap enough? The cheapest Mac mini boasts a beefier Core i5 with faster Iris Pro graphics and, with twin Thunderbolt 2 ports, more advanced connectivity.

And, while the HP is a touch more flexible and has more storage than the Mac, it's more than outmatched by the equivalent Core i3 Acer Revo One RL85, which boasts double the storage, at 2TB, has room for an extra pair of hard disks and includes a keyboard and a mouse in the box for around the same price.

The HP Pavilion Mini, then, finds itself in a bit of a tricky spot. It's a practical little machine, and we like the design, but it's neither the most desirable nor the most flexible compact PC around.

I have read and accept the privacy policy and terms and conditions and by submitting my email address I agree to receive the Business IT newsletter and receive special offers on behalf of Business IT, nextmedia and its valued partners. We will not share your details with third parties.
Copyright © Alphr, Dennis Publishing
Tags:
apple mac mini hard disk hardware hp pavilion mac mini
By a Staff Writer
Jun 15 2015
1:36AM