How to stop someone impersonating your business on Twitter 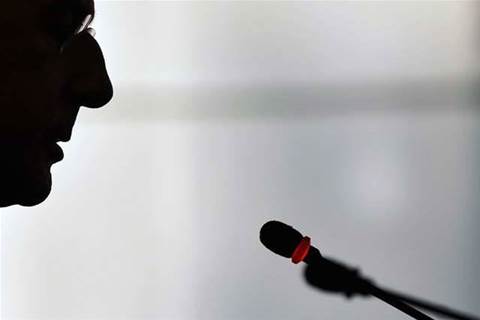 It's happened to Stephen Conroy, Steve Jobs and a Bankwest executive, so what can you do about someone impersonating you or your business on Twitter?

The Australian Financial Review this week reported on Commonwealth Bank subsidiary Bankwest and the issues caused when one of its executives was impersonated on Twitter.
As reported, Bankwest was able to have the account shut down (after spending significant time and money) but they couldn't track the anonymous impersonator due to Twitter's privacy rules even though the offending tweets were slanderous.
Newsletter Signup

I have read and accept the privacy policy and terms and conditions and by submitting my email address I agree to receive the Business IT newsletter and receive special offers on behalf of Business IT, nextmedia and its valued partners. We will not share your details with third parties.
Even if you don't use Twitter as part of your business's marketing or communications strategy you need to pay attention to it. It's the wild west out there and someone impersonating your business or you could cause embarrassment or damage.
So what can you do to protect yourself?
1. Create Twitter accounts for your business and obvious variations
Start with the full name of your business but also create accounts for obvious variations. For example, if your business is called "The Widget Company", set up Twitter accounts for "WidgetCompany", "Widget_Company", "Widget-Company" "WidgetCo" and so forth.
2. Put your Twitter handle on your company's website
Use the contact page on your company's website to prominently display your official Twitter handle so there's no doubt about who you are.
3. Official Twitter handles for your staff
If you have several potential spokespeople who can publicly comment on your business, make sure you claim Twitter names for each one and obvious abbreviations and variations as per the guidelines we provided for your company's Twitter name.
4. Keep an eye on Twitter
Software like Tweetdeck, HootSuite and Twazzup make it easy to search Twitter for keywords so that you know when your company is mentioned.
5. Set some rules
If you and your staff use Twitter for work and personally, it's worth writing some rules about how social media can be used at work, making it clear who can post on behalf of the business and what is acceptable and not. Telstra's Social Media policy is publicly available and provides some good advice based around their three Rs - Representation, Responsibility and Respect.
Have any tips of your own for using Twitter? Add your comment below.
Copyright © BIT (Business IT). All rights reserved.
Tags:
how impersonating services stop twitter
By Anthony Caruana
Aug 29 2012
11:50AM