How the CIA hacking tools allegedly work: inside the WikiLeaks files 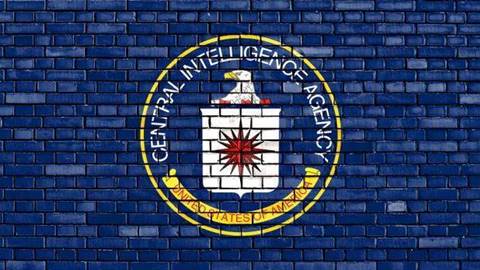 WikiLeaks has claimed the CIA can pretty much hack into any device, even smart TVs, with its range of hacking tools, designed to read and lift data from electronic devices.

The information obtained is "the largest ever publication of confidential documents on the agency," according to a statement released by WikiLeaks.

The first batch to be leaked, dubbed 'Year Zero' is comprised of 8,761 documents and files that reportedly detail how authorities have discovered a way to break through the encryption in highly secure messaging platforms such as WhatsApp, Telegram and Signal. This is done by accessing the data on devices before encryption is applied on Android and using other methods on the iPhone, Microsoft Windows and even Samsung smart TVs.

The files were accessed via an internal network inside the CIA's Center for Cyber Intelligence in Langley, Virginia.

The engineering development group (EDG) is responsible for developing, testing and supporting the tools that the CIA uses for this type of surveillance. The EDG sits within the Center for Cyber Intelligence (CCI), which itself is a sub-department of the Directorate for Digital Innovation (DDI), one of the CIA's five major directorates.

One particular method of surveillance, dubbed "Weeping Angel", was developed by the CIA's embedded devices branch (EDB) and focused on turning Samsung smart TVs into covert microphones. When users think the TV is off, it's actually a 'fake-off' mode that records conversations and send them to a covert CIA server. It is believed that the CIA didn't act alone for this attack and worked in co-operation with MI5/BTSS (British Security Service).

WikiLeaks explained that the agency "lost control" of its hacking weapons, including malware, viruses, trojans, weaponised "zero day" exploits, malware remote control systems and associated documentation. Anyone finding the information could use it to launch a serious attack on anyone. However, the notes don't include the hacking files themselves, merely the information about how the CIA is believed to be using them.

The anonymous source who sent the materials to WikiLeaks is apparently hoping that the documents will trigger a conversation about "whether the CIA's hacking capabilities exceed its mandated powers and the problem of public oversight of the agency," WikiLeaks said.

"There is an extreme proliferation risk in the development of cyber 'weapons'," said Julian Assange, WikiLeaks editor. "Comparisons can be drawn between the uncontrolled proliferation of such 'weapons', which results from the inability to contain them combined with their high market value, and the global arms trade.

"But the significance of 'Year Zero' goes well beyond the choice between cyberwar and cyberpeace. The disclosure is also exceptional from a political, legal and forensic perspective."