How Shoeboxed helps the long-term unemployed 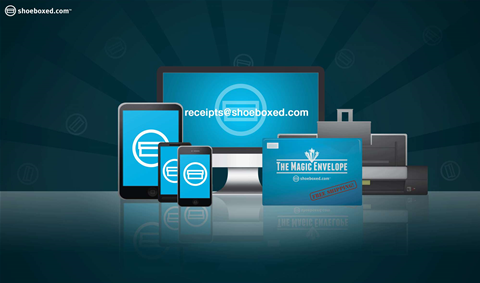 Have you ever worried that the human element of the online business services you use comes from people in less developed countries being paid a pittance, a practice sometimes - though inaccurately - described as slave labour? Here's a company is keeping work onshore and doing something good for our society in the process.

Shoeboxed is one of the services that digitises documents such as receipts so they can be fed into accounting systems.

A key feature of the service is that the important parts of the output of the OCR process - including the amount and GST element - is verified by a person.

This is important because OCR is only about 85 percent accurate on documents such as receipts, Shoeboxed CEO Simon Foster told BIT. There are particular problems in automatically determining the GST component of some receipts - compare cash register dockets from several different stores and you'll see why.

So Shoeboxed employs local staff to do the verification as they are able to work much more efficiently because they are already familiar with Australian receipts and other documents. Offshore workers could fix any misrecognised numbers, but that's about it.

Local wage rates are an issue, so the company hires long-term unemployed people, including those who have never been in a job, who attract a government wage subsidy. Shoeboxed eases its new hires into the routine of working life, typically starting them on two days a week and building from there.

The relevant award does present an obstacle in that employees must be given at least one month's notice that their work week is increasing or the extra hours attract overtime rates, Foster said. So to deal with the ebb and flow of business, the company also employs university students as casuals when peaks occur.

Permanent employees hired to verify data typically stay with the company for around two years, and then move on to better things. The first person Shoeboxed recruited under these arrangements is now working for the ATO, Foster observed.

The government - and hence the rest of the community - wins because the subsidies are less than the benefits recruits were receiving, and they go on to pay income tax, he said.

The company wins because it can afford to hire people who understand Australian business documents. Even people who have never worked are familiar with cash register receipts.

The new employees win as they have been given a pathway to full-time employment.

And Shoeboxed's customers win because they get better service at an affordable price.