How often should I update my phone? 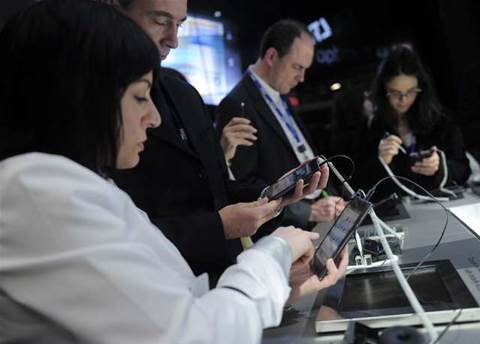 If you're near the end of a contract, your carrier will call and encourage you to upgrade so that you get the latest and greatest - and you get locked in to another contract. But should you upgrade?

Almost every other week someone releases a new smartphone that purports to be the best ever.

The decision to upgrade to a new handset should be driven by a couple of different decisions. Does your current handset do everything you need? Is there a compelling new feature that you need (don't confuse need with want)? Here are some scenarios to work through to help you.
1 - Is your current phone is a couple of years old?
Newsletter Signup

I have read and accept the privacy policy and terms and conditions and by submitting my email address I agree to receive the Business IT newsletter and receive special offers on behalf of Business IT, nextmedia and its valued partners. We will not share your details with third parties.
Chances are that if your phone is a couple of years old that the battery doesn't last as well as it used to. If the battery isn't easily replaced, then a new phone is worth considering. New handsets have much better screens, are faster and greatly improved software.
BIT's advice: Unless the hardware is failing in some way, there's no rush to update. If you're off contract, you can take your time, perhaps move to a cheaper plan and bide your time till a new handset that suits your needs is released.
2 - Is your handset less than a year old?
Some of us are serial upgraders who want to have the latest and greatest. The reality is that while there is constant improvement it's not likely that a one year old handset is going to be drastically behind anything newer.
BIT's advice: There's little need to upgrade within a year of getting a new handset unless someone comes out with a compelling new feature that lets you do something you need that wasn't there before. Doing the same things 5% faster might be nice but only you know whether that bump is a want or need.
If your current phone does what you need then we'd suggest holding off on upgrades. When you hit the end of a contract it's likely that you'll be able to save a few dollars a month if you hold onto your phone. Serial upgrading is tempting but unless there's a new feature that will add value to your business there's no need.
Copyright © BIT (Business IT). All rights reserved.
Tags:
contract hardware keep phone phone
By Anthony Caruana
Jun 1 2012
11:17AM