How long will a UPS keep your computers on if the lights go out? 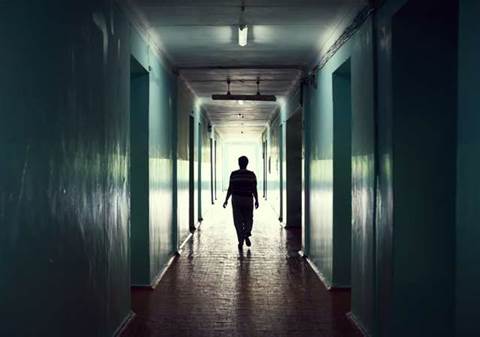 Worried about a blackout causing you to lose all your work? A UPS will keep your computer running, but there's something very important you should know.

An Uninterruptible Power Supply, or UPS, is basically a large battery designed to keep your equipment running should the power go out. It's a handy idea, but don't expect miracles if you're shopping on a budget.

How long will a UPS keep you running?

Every UPS comes with a "VA rating" (Voltage-Amps) which tells you how much gear you can connect to it and roughly how long it will keep running after the power is cut. As a rule of thumb, you should multiply it by .6 to convert the VA rating into Watts rating - so a 1000VA UPS is designed to handle roughly a 600-Watt load.

For a few hundred dollars you'll find an entry-level UPS with a 550VA rating, supporting around a 330 Watt load, such as APC's Back-UPS Pro 550. By APC's own figures, this UPS can run 300 Watts worth of equipment for around four minutes. Even if you can get the load down closers to 150 Watts - perhaps enough to run one PC, a monitor and a some networking gear - you'll still be lucky to get more than 10 minutes before the UPS runs flat. That's not a lot of time.

Even a 1500VA UPS isn't likely to keep your computer running for more than an hour. This isn't to say that a small business-grade UPS is useless, just that you need to be realistic about what it can do. Large businesses looking to run an entire office for hours during a blackout generally put a diesel generator on the roof, but that's obviously not practical for most businesses.

Tip: Don't try and ride out a blackout

A smarter strategy for a small business is not to try to ride out a blackout. Instead a UPS buys you time to save everything, put your Plan B in place and then gracefully shutdown your essential systems. Some UPSs even connect to your computer via USB and let you automate this process should disaster strike. It could be particularly important if you've servers running in your back office.

When you look at it this way, the UPS' job is to ensure you don't lose any work rather than to let you keep working for hours when the lights go out.

Apart from blackouts, a UPS is also useful for coping with power brownout and spikes. The onboard battery and surge protector helps smooth out the power flow the reduce the chance of damaging to your equipment.