How long can I keep using Windows 7? 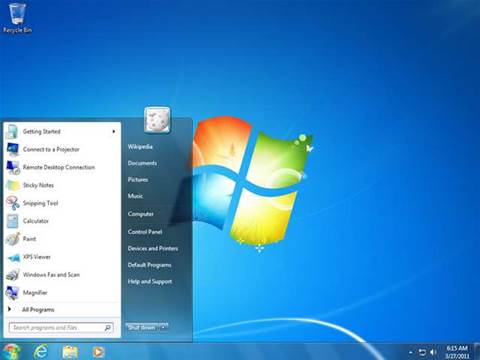 So if you want to carry on using Windows 7 instead of Windows 8, your OS will be supported for the rest of this decade.

The next version of Office will run on Windows 8 as you’d expect, but it will run on Windows 7 too.
This is a timely reminder about the support lifecycle dates for Windows - the fact that you can now stick with whatever OS came on the machine for a good many years is often overlooked.
Newsletter Signup

I have read and accept the privacy policy and terms and conditions and by submitting my email address I agree to receive the Business IT newsletter and receive special offers on behalf of Business IT, nextmedia and its valued partners. We will not share your details with third parties.
I’m indebted to my good friend Ed Bott for linking me to the correct pages on the Microsoft website; these key dates should be tattooed on the forehead of anyone working in the Microsoft world.
The end-of-support dates are as follows:
So if you want to carry on using Windows 7 instead of Windows 8, your OS will be supported for the rest of this decade.
What about preloads? Microsoft has announced that OEMs will be able to sell Windows 7 preloaded until 25 October 2014, so there are two years left for that. Meanwhile, boxed copies of Windows 7 can be on sale until at least 25 October 2013.
And let’s not forget downgrade rights - you can always downgrade from the currently installed Windows version to the previous version if you wish.
[This is an excerpt from an article that appeared in the November 2012 issue of PC & Tech Authority magazine].
Copyright © Alphr, Dennis Publishing
Tags:
compatible office 2013 software support windows 7 windows 8
By Jon Honeyball
Nov 19 2012
4:39PM