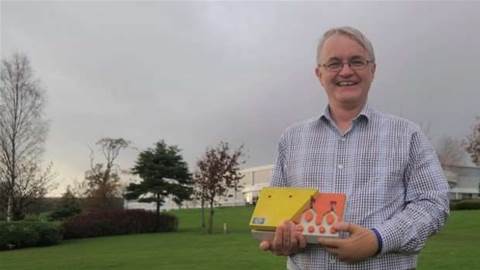 What exactly happens behind the scenes of HP's Dublin-based inkjet manufacturing and testing facility?

How would you feel if you were exposed to extreme cold of -40⁰C, baking heat of 60⁰C and subjected to the same conditions as air freight at 38,000 feet? Quite rough, I suspect, but that's just a taste of the testing any new inkjet cartridge design must go through before it's considered ready by HP's Dublin-based engineers.

I took a behind-the-scenes tour of the facilities at HP Inc's Irish headquarters, about ten miles outside of Dublin city centre. Tucked into one of its cavernous halls is the main testing lab, full of industrial-looking gear: humidity ovens, X-ray machines, vacuum chambers, mysterious boxes with hundreds of ink pipes trailing in and out.

The first thing to understand is that the technology behind inkjets has evolved into something incredibly sophisticated in the 32 years since HP created the world's first thermal inkjet printer. The crucial component is the print head, which controls exactly how the ink journeys from cartridge to the page (we cover that in a separate article: How inkjet cartridges are made).

It takes only the slightest problem for the whole delicate symphony of physics, chemistry and electronics to go wrong. That could be something as simple as two molecules blocking the entry to the heating chamber, and the last thing HP wants is to release a design that has inherent problems. Enter an astounding amount of testing.

One of the first areas you see as you walk through the door – having been buzzed through but not, I was disappointed to note, frisked – is the DBOS machine. “This is the Drop Break Off System,” Stephen Smith (below), who's worked at HP for 20 years, told me. “It's to measure the precise weight of the drops and the drop velocity. Obviously you can't weigh a single drop, so we weigh the pen [the HP engineering term for an ink cartridge] before and after it's produced 200,000 drops, say.”

This is vital information for the pen designers, who can then take the results and see what adjustments need to be made. “For them, it's how do I adapt the cartridge – the firing chamber, say – to change the velocity of the drop?” It's also used after manufacture, explained Stephen, to ensure that cartridges are behaving the same way in the real world.

With about 60% of their time now dedicated to developing new cartridges, HP's Dublin labs have to simulate how they will perform months and years after leaving the manufacturing plant. This is where “ovens” come in that can control humidity and heat, subjecting the designs to a changing pattern of freeze and thaw – the very worst conditions a cartridge could be exposed to.

Overall, one week in the oven is roughly equivalent to a year in a harsh environment.

The key to the altitude tests, where the cartridges are subjected to the same atmospheric pressures and temperature fluctuations they would experience when flown around the world, is to spot designs that could lead to leaking. 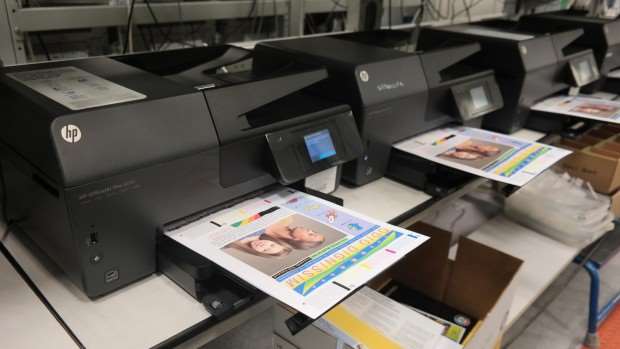 “We put them through all sorts of scenarios,” said Stephen. “After the ageing process, we put them through 'life tests', where we use them until they're empty, to make sure they work as they should.” That's why fleets of inkjet printers line up along racks in the lab, mimicking the usage patterns of the consumers and businesses that buy them.

It's important to note that HP's engineers aren't just looking for success. “This is a development environment and you don't learn from the good stuff, you learn from your failures,” he said. “All our information would be fed into a scanner and it can tell which designs won't work. You can then feed that back to the designers.”

Unlike the “dry” environment of a computer processor, ink cartridges exist in a somewhat harsher environment, always coping with the organic compound known as ink. “Each resistor will heat up millions of drops during its life,” said Stephen. “It needs to be built to last.”

That gives a flavour of the tests an ink cartridge design might go through, but it doesn't end there. I was surprised to see a familiar set of cartridges lining the shelf next to one of the X-ray machines, recognising them from the HP Deskjet 800 series I bought in the late 1990s.

“Even with designs 20 years old we're still testing,” said Karl Cleary, one of the process operators. “Things change all the time: the plastic changes, the ink ingredients change, and people are still buying them so we still have to make sure they work.”

Not content with one X-ray machine, the HP facility has two: one for 2D, one for 3D. “This means we can check inside the cartridges for faults,” said Stephen. “The 2D X-ray is just like those in a hospital, like a photo of your leg, but the 3D is like an MRI.”

Karl showed me the software in operation, zooming in and out of a cartridge that had already been scanned, looking for bubbles that shouldn't be there in an attempt to diagnose a fault. If there's a fault, he assured me, he'd be able to find it.

I have read and accept the privacy policy and terms and conditions and by submitting my email address I agree to receive the Business IT newsletter and receive special offers on behalf of Business IT, nextmedia and its valued partners. We will not share your details with third parties.
Copyright © Alphr, Dennis Publishing
Tags:
cartridges hardware ink cartridge ink cartridges inkjet cartridge design inkjet cartridges inkjet printer inkjet printers stephen smith
By a Staff Writer
Feb 1 2016
3:39PM