How a Townsville startup scored a $30 million investment 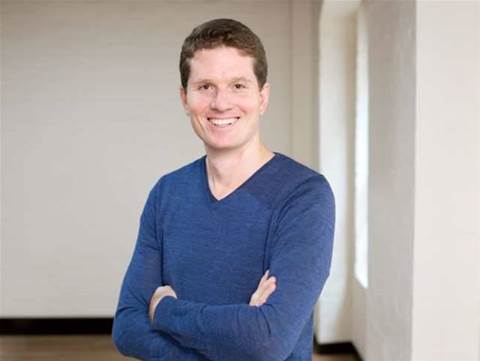 Big name investors back SafetyCulture after the tech company achieved international success with its safety app and cloud platform.

A tech company founded in the Queensland city of Townsville has shown just how far startups in regional Australia can go, after closing a massive US$23 million (A$30 million) funding round to boost its growing global ambitions.

SafetyCulture was originally founded back in 2004 as a company that supplied businesses with OHS policy manuals. It undertook a major pivot in 2011 after the company released a job safety assessment app called iJSA that was developed on the kitchen table of founder and CEO Luke Anear.

Since then the company has grown in leaps and bounds, launching a safety inspection app called iAuditor in 2012 along with a cloud-based management platform that has been adopted by big-name companies like Coca-Cola, Hilton and Qantas.

The company began its global expansion after Commercialisation Australia and Blackbird Ventures invested $4 million in the company in 2013, followed by a $2.1 million funding found led by Atlassian co­founder Scott Farquhar in November 2014.

SafetyCulture’s latest series B investment round is led by international venture capital firm Index Ventures, alongside Blackbird Ventures and Farquhar.

The funds will be used to accelerate global growth including hiring efforts across SafetyCulture’s San Francisco, Sydney and Manchester offices, with the company set to invest in engineering, product management, customer support and marketing.

Despite the international growth, Anear told BIT he continues to primarily be based out of Townsville.

“I’m still based in Townville and spend just under half my time there. Every second or third week I’m in Sydney, and then every four to six weeks I’m in San Francisco. The schedule changes all the time,” he said.

“It’s gotten harder for me to stay [in Townsville] all the time, particularly as things have gotten bigger in Sydney and the hiring has been happening.”

Worry about getting traction first

Surprisingly, SafetyCulture’s growth came without any conventional marketing, with Anear attributing the company’s success to word of mouth and a product that meets a genuine, international need in the marketplace.

“In a word, it’s traction. We built a product that people started using, and that’s the thing that changed everything for us. If we had built something and no one had used it we wouldn’t have got anywhere,” he said.

Likewise, Anear notes that offers for investment came organically through word-of-mouth after his product gained traction in the marketplace.

“The first thing for us was to get traction with our product. If you have traction, then investors and colleagues want to join your team,” he said.

“Pitch decks can come later. While they’re a great way to compress your vision into an easy to digest format, we never led with pitch decks. We always started with a much more organic conversation trying to find a synergy.”

He adds that it is important to do your research before accepting any offers for investment.

“Investment is like a marriage you can’t get out of. Once you release equity, you can never get it back. So it’s important you take the time to get to know the investor and not just tackle the easy stuff, but try tackling some more challenging stuff as well and see how they respond to that.

“Are they really aligned to your vision and how have they treated other companies in their portfolio? It’s about understanding a whole range of nuances that form the relationship.

“With Index, they’re a very product-centric type of firm, and they understand the importance of living and dying by user experience, and that’s what mobile-first is all about. Some other investors are very transactional, while Index was very product-focused.”

Anear said that the company’s rapid growth has meant that the only thing that has been constant is change. This has meant his team has needed to grow personally and professionally at the same rate as the company.

“It’s been very challenging, and I think the company has been completely different every six months. The challenges that we face change constantly. When we were a couple of guys in a garage in Townville it was a completely different business to what it is today and will be in 12 months,” he said.

“We have this enormous opportunity in front of us, the backing of some great people and the validation of a business model, but we need to think at scale. And the challenge is thinking at a scale that fits the problem.”

With startup communities popping up across Australia – in cities like Hobart, Launceston, Bundaberg, Toowoomba, Geelong, Newcastle, Canberra and the Sunshine Coast – Anear said the belief you can change the world has become more important than where you’re based.

“The first thing I say to anyone – and particularly in regional areas – is they need to believe they can change the world. Once they believe that, they will find a way to do it. You literally can reach the other side of the world now for a fraction of the cost of what it used to be.

“You need to have the belief that you can do it, solve a problem that’s ideally global from day one, and then find great people and resources that can help you on your journey.”