'Hey Siri pay this bill for me' 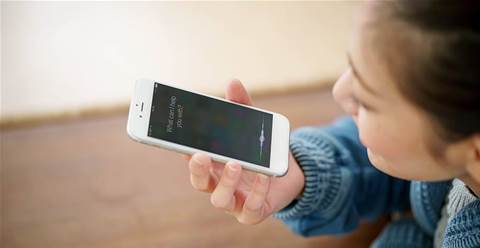 Well, you still need money in your account, but Tyro's new app allows customers to pay bills by using their iPhone's digital assistant.

An update to Tyro's iOS app makes it possible for Tyro Smart Account customers to use their available balances to pay bills simply by saying something like "Hey Siri, pay $250 to water bill using Tyro" to their iPhone.

According to the EFTPOS provider, no other transaction account in Australian allows Siri to make payments.

It sees this capability as a way of allowing business owners to spend less time on paperwork and more time on the business itself.

"Using Siri to pay bills is the way of the future for Australia's two million businesses, who employ seven million Australians and are the bedrock of the national economy," said Tyro CEO Gerd Schenkel.

"With nearly eight million iPhone users in Australia, this is a win for time-starved merchants.

"Small and medium sized business owners are always on the go. Using Siri gives them the freedom to pay bills and other overheads wherever they are, in only a few seconds and with minimal key strokes."

A version of the Tyro app is also available for Android.

Tyro also integrates with Xero for automated bill payments and reconciliations, and one tap payment approvals.