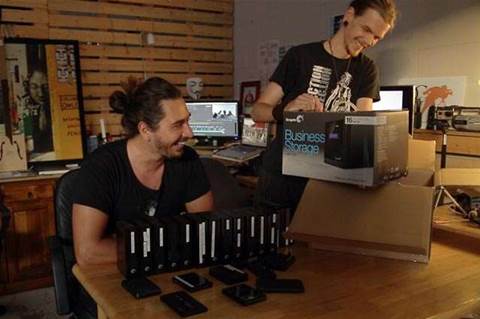 It's a situation plenty of small business with too much data find themselves in - hundreds of Gigabytes of files rapidly filling up external hard drives. Not only do you have to pull those drives off the shelf and plug in a USB cable every time you need to get to them, but sharing them with clients means hours spent uploading to Dropbox.

With this in mind we were happy when Seagate came to us last year with a proposal for a Business Storage Makeover - the idea being that the person or company with the most pressing need would win one of Seagate's new Business Storage devices and a session with a Seagate expert to help set things up.

The stories we heard from readers were an eye-opener: one company has three "barely networked" workstations and minimal backup. There were business owners with clients in the country who drive 6 hours for consultations, a community radio station with a "15 year old server" (!) and files strewn across multiple computers, managers sending constant emails to staff to free up space…the stories go on.

A big thank you to everyone who submitted entries.

What's interesting is who won the overall prize and how it helped them. Keep in mind, storage devices like this are one of the most essential IT devices you can buy for your small business. We've explained what they are in various articles - but sometimes it's interesting to see how a real small business uses them.

The winner was Digital Cinematix - a boutique video production house on the Gold Coast with two full time staff that helps makes stories come alive for clients. They specialise in narrative based videos for the web and produce promotional videos, documentaries as well as music videos to name a few examples. 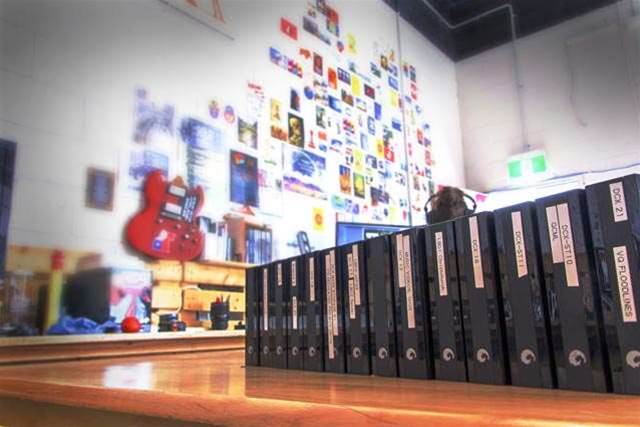 The business was generating lots of data. 10 minutes of compressed draft footage might be 500MB. Projects could be between 100GB-300GB each, while bigger documentaries might be as large as 1 terabyte. With that in mind it's no surprise to hear that the company had about 22 external hard drives.

This caused a few challenges for the Digital Cinematix crew. As well as filling up those drives at a rate of 1-2 Terabytes per month, the team had an Excel spreadsheet to try and track down which drives the projects were stored on.

The major difficulty was being able to conveniently share these files with clients. Digital Cinematix's Salvador Cantellano told us files were uploaded to Dropbox, a process that could take hours in some cases. 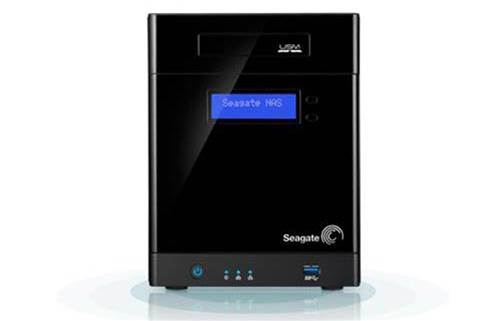 The advice from Seagate was to centrally locate the regularly accessed files on the network, while keeping the external drives for archiving files. The idea was to have one central device and create several directories for different projects, such as video production or 3D CAD printing projects (another area Digital Cinematix is exploring).

Rack-mounted storage was deemed not suitable – Seagate's opinion was that it would be too complex, especially for a small business without an IT department.

Instead, Seagate provided a Seagate Business Storage 4 Bay NAS with 16TB of storage capacity. Computers were connected to a Gigabit Ethernet cable, then to a router, then to the Seagate device.

One of the big benefits for the business is how much faster it is to upload projects so that clients can download them. Cantellano said project drafts can be transferred in seconds to the NAS. Files are dragged and dropped over the network, or sometimes copied onto an external drive which is then slotted into the USM slot on the front of the Seagate box.

Seagate has pointed out that it will be possible to swap out the 4TB drives and replace with higher capacity drives at a later stage. Another option is to get another NAS.

Being able to access the files over the Internet has also come in handy in other ways - Digital Cinematix has received funding to run filmmaking workshops to disadvantaged children in India. Using the Seagate Business Storage device they will be able to access files from India, and also plan to take along external drives, which will be uploaded to the NAS back in Australia.

Food for thought
This only touches the surface of some of the technical considerations in a scenario like this. NAS devices can cost anywhere from a few hundred dollars to well over $1,000, so there's quite a range of choice. You can read some basic introductions to NAS technology here and here.

Based on the various stories readers told us, it seems there are plenty of small business people out there desperate for better backup. If that's you, then hopefully this provides some food for thought.