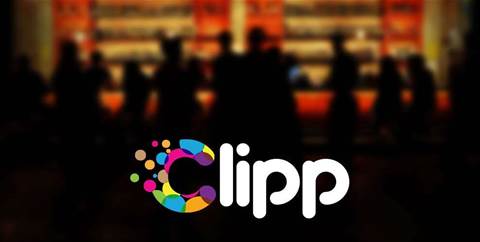 Bill splitting is a bone of contention between bars and restaurants on one hand and customers on the other.

When a group of friends or colleagues are dining together, they usually all want to pay for what they've actually eaten or drunk. That was quite easy when we all took cash to such events, but the increasing reliance on credit and debit cards makes it more trouble than many bars and restaurants are prepared to tolerate. Hence the increasingly common
'No Split Bills' signs.

But there is a way round this impasse.

We've previously reported on Clipp, a system that integrates with POS systems to make it easier for hospitality venues to allow customers to run up tabs via their mobile phones.

This year, the company added a loyalty scheme and a mechanism for offering last-minute deals.

The latest development is bill splitting. After one patron has opened a tab they can invite their companions to join it. The default position is that the bill is divided equally, but each participant can increase their share - very handy when only one or two people are drinking alcohol, or if someone's ordered a more expensive dish than the rest of the group.

Another benefit is that if someone leaves early, they will pay at least the minimum share calculated by Clipp so there is no prospect of stiffing their fellow diners.

Due to the way Clipp integrates with POS systems, there's no extra work involved for table staff - the individual payments are aggregated by Clipp and paid to the business as a single sum (minus fees of course).

The Clipp app is available for Android and iOS.