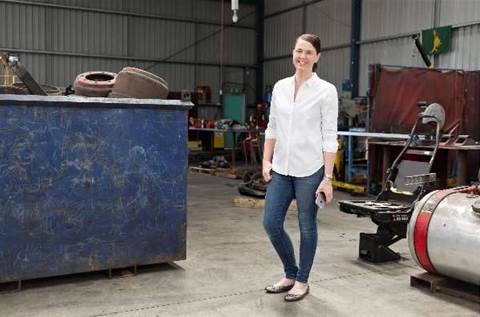 Being required to produce proof of qualifications or registrations is increasingly common before starting work, whether as a new employee or as a contractor. A new locally-developed app makes this task easier, as well as providing reminders when renewal time approaches.

TradePapers - a new app for iOS  and Android - lets you photograph documents, clean up the resulting images for legibility, and store them in the cloud so you can show or email them when required.

In addition to formal qualifications and licences, the app can be used to store site induction records, insurance details and pretty much any other type of job-related document.

TradePapers includes a reminder system to reduce the risk of accidentally letting a licence lapse.

A forthcoming premium version will allow documents and other images to be uploaded from a computer to the app.

"I could see a frustrating flaw in the industry which was that there was no relevant way to keep qualifications in order," said TradePapers co-founder Amy Athar. My husband, who works in industrial recruitment and also had some background in the transport industry, also recognised the gap in the market for a cloud-based solution that workers could access and share using their smartphones."

She added "TradePapers applications are for industrial-based work sites anywhere in the world and can also be used in other industries where contract workers need to provide proof of current qualifications and tickets such as nursing, child care and security."