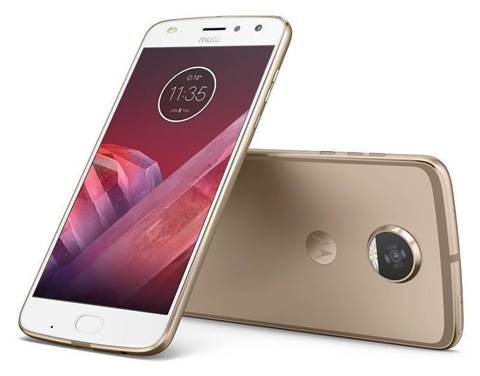 We test-drive Motorola's latest mid-range handset and look at the company's new lineup of budget phones.

Lenovo is clearly getting serious about the Australian budget and mid-range smartphone markets with the release of three new Motorola handsets: the $699 Moto Z2 Play, the $249 Moto E4 and the $149 Moto C.

The new handsets add to the $299 Moto G5 and our favourite budget phone, $399 Moto G5 Plus, which were released earlier this year.

Hands-on with the Moto Z2 Play

The headline new release is the Motorola Moto Z2 Play, which replaces the Moto Z Play – one of our favourite mid-range phones. There’s no sign of a new version of its more expensive sibling, the $999 Moto Z, but based our initial (and favourable) impressions of the Moto Z2 Play, we suspect there’s no need to wait for an upgrade to the Z.

Importantly, for fans of the Moto Z series’ modular design, the Z2 Play is compatible with existing ‘Moto Mods’.

The display is the same as the previous model’s – a 5.5in 1920 x 1080-pixel Super AMOLED panel, but we feel it’s an ideal choice for a mid-range phone. The Full HD resolution is sharp enough for a screen of this size, while not being too much of drain on the battery. Add the vibrant colours of the AMOLED panel and you have a very good screen for the price.

The most noticeable difference from its predecessor is how thin the Z2 Play is – just 5.99mm. At 149g, it’s very light indeed for a 5.5in handset and 20g lighter than the original Play. The only thing spoiling the aesthetics is the protruding rear camera, but thankfully, Motorola has retained a headphone jack, unlike the even thinner Moto Z. 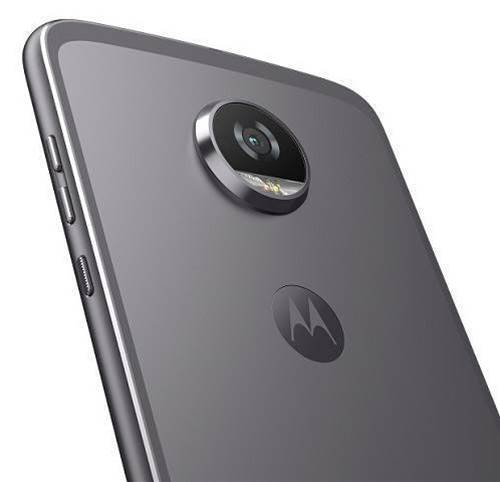 With an all-metal unibody replacing the glass-backed previous design, Moto Z2 Play feels more robust than the previous model. The Z2 Play now looks like a premium device, although its specs reveal why it’s a mid-range phone.

The 2.2GHz octa-core Qualcomm Snapdragon 626 processor can’t compete with top-of-the-range chips like the Snapdragon 835, but it’s a significant upgrade over the previous model’s Snapdragon 625 and Motorola has bumped up the RAM from 3GB to 4GB.

As a result, the handset ran smoothly, without a hint of lag, during everyday use. A quick run of our processor benchmark test revealed a big performance improvement over the original Play, although it was well behind the Samsung Galaxy S8, as you’d expect.

Unfortunately, the battery has been downgraded from a 3,510mAh to 3,000mAh unit, most likely to squeeze it into the thin chassis. That’s still a decent battery though, and the Z2 Play has been comfortably (and consistently) lasting a full day of reasonably heavy use in the few days we’ve been using it. And if it does run out of juice, TurboPower charging ensures it can be topped up quickly.

The front-facing camera is again 5MP with dual tone flash, but the rear camera has been upgraded.  Motorola has followed Samsung’s lead with the Galaxy S7 (and S8) by reducing the number of megapixels from 16 to 12, but increasing the size of each pixel to boost the camera’s low light performance. The improved f/1.7 aperture also helps in this regard. The Z2 Play also features “Dual Autofocus Pixels”, which combined with laser autofocus, means the camera focuses more quickly. It only has digital image stabilisation, however, unlike the top-end phone cameras with optical stabilisation.

From our limited time with the camera, we can report the Z2 Play takes very good shots in most circumstances. Just don’t expect miracles in low light or other situations susceptible to camera shake.

Storage has been doubled to 64GB (in Australia) and can be added to via microSD slot. The phone now ships with Android 7.1.1 (Nougat) – including the new Google Assistant. It’s a relatively pure version of Android, with the exception being Motorola’s time-saving ‘Moto’ tools. Moto Display allows you to check and respond to notifications without unlocking your phone. With Moto Actions, you can launch common apps with gestures, like chopping down twice to turn on the torch. And Moto Voice is a built-in assistant that lets you launch apps or perform other voice commands. 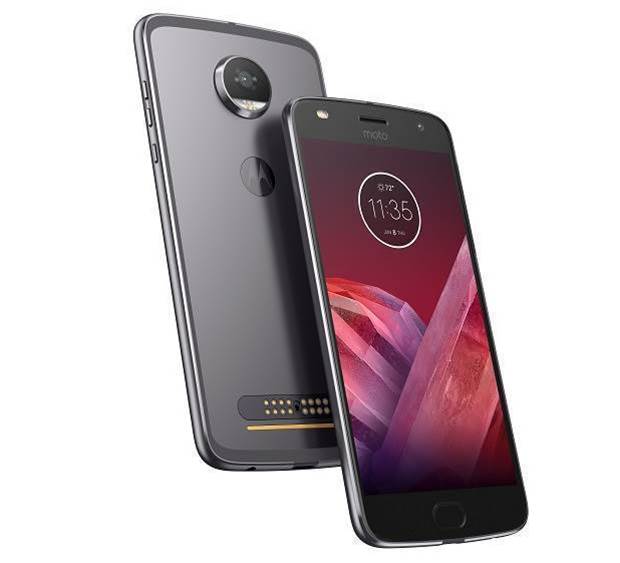 Motorola says the handset has a water-repellent nano-coating, but it doesn’t have a waterproof rating, so it might withstand spills but not dropping in water. However, with a well-placed fingerprint scanner on the front and NFC for use with Android Pay, the Z2 Play is, overall, a very well-appointed phone for the price.

We’ll publish a full review once we’ve had more time for in-depth testing, but after spending a few days using the Moto Z2 Play, we’re impressed so far – especially given the $699 price. If you’re looking to buy good smartphone outright, it should be on your shortlist.

Unfortunately, like the original Play, you can’t get the Moto Z2 Play on a plan in Australia – it’s only available as an outright purchase from retailers like Harvey Norman and Officeworks, and Motorola’s online store.

Alternatively, Motorola is (at the time of writing) selling the original Moto Z Play for just $599. However, we suspect that for many people, the Moto Z2 Play is worth the extra $100. The original Play has better battery life, but the Moto Z2 Play is a more stylish, more rounded smartphone, while still offering good battery life and the benefits of the modular design.