Hands-on with the LG G6: a 'tall-screen' smartphone 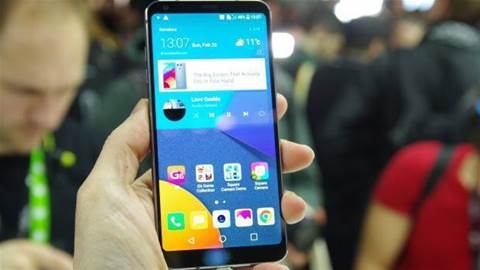 LG has again taken a different approach with its new flagship phone. We took it – and several other next-gen phones – for a spin at the Mobile World Congress.

It's that time of year again – the Mobile World Congress in Barcelona – where most phone manufacturers announce their next-generation handsets and we get to play with some of them, giving you our early impressions of what could be your next smartphone.

The LG G6 was one of the first off the blocks and it’s an interesting one. The G6 is an acknowledgement by LG that modular smartphones don’t work – at least not in the format the G5 brought with it last year. That’s a shame because we liked the concept, but LG hasn’t given up innovating just yet, with the LG G6 packed with some intriguing features.

The phone’s key feature is its stretched-out “Fullvision” screen. Instead of a 16:9 aspect-ratio display, which is typical of most smartphones’ Full HD or qHD+ panels, the LG G6 has a 5.7-inch, 1,440 x 2,880-pixel display with an aspect ratio of 18:9 – in other words, the height of the screen is double that of the width.

Inevitably, that long screen translates into a pretty tall phone, but it isn’t quite as awkward a shape as you might expect it to be. That’s thanks to the super-narrow bezels above and below the phone. Indeed, with a screen border that’s barely there on the right and left hand side as well, the screen on the LG G6 occupies almost all the front panel, a move that makes for a fabulous-looking smartphone, especially with its curved corners. 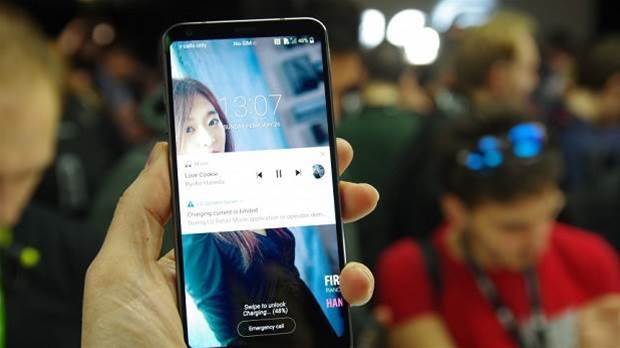 In the hand, it’s a great-feeling handset, bordered by a metal frame and backed with glass that’s curved along the edges. It feels a little like the Samsung Galaxy S7 to hold, and that’s a very good thing.

It still has a fingerprint reader that doubles as the power switch and it’s still situated on the rear. One thing that thankfully has gone, though, is the ugly camera hump of the LG G5. That’ been flattened out with the LG G6’s camera now flush mounted to the rear of the phone.

Why the long screen, though? The key advantage – so says LG – is that it gives you more screen real estate while being able to still hold and operate the phone with one hand: it’s essentially a 5.7in display in the body of a 5.2in phone, according to the Korean manufacturer.

LG also says it enables more effective multitasking, with the ability to dock a pair of square screens side-by-side. I’m not convinced by this argument; in fact I think it could even be a detriment in some circumstances – you’ll likely see black bars right and left of the display while watching movies and TV, for instance.

Still, you will at least be able to squeeze more of your website in on screen at one go, and the extra height means LG has been able to squeeze in a bigger battery. The LG G6 has a 3,300mAh power pack inside, which should mean better stamina than the LG G5.

What else is new? First up, the display supports HDR – Dolby Vision and HDR10 to be precise and is the first smartphone to do so. What does this mean? Essentially, ridiculously high peak brightness levels and fantastic-looking movie content, and the big news is that you won’t be short of content to watch, either, with both Netflix and Amazon announcing they’ll be enabling HDR streaming to mobile devices in the near future.

The LG G6 also reprises the LG G5’s best feature: its dual cameras. It’s different this time around with the resolution falling from 16 megapixels to 13 megapixels, but the idea is the same, with one 125-degree wide-angle camera and, one camera with a standard 71-degree angle of view. As with the LG G5 the main camera has a bright f/1.8 aperture and the wide-angle snapper is a slightly dimmer f/2.4. 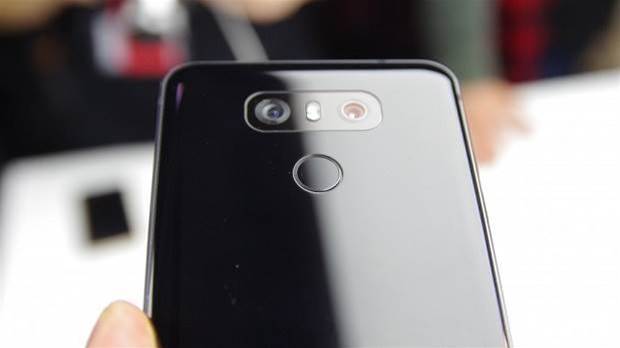 As for the core specifications, they’re considerably less interesting. Instead of the widely expected Snapdragon 835, the LG G6 includes 4GB of RAM but has only a quad-core 2.35GHz Snapdragon 821 chip inside. This means you don’t get support for the latest version of QuickCharge 4, which promises five hours of use from five minutes of charging.

LG is retaining the 3.5mm headphone jack, however, which we’re very pleased about, the phone will be both dust- and water-resistant to the IP68 standard and there’s Android 7.0 Nougat on board, complete with support for the Google Assistant.

Despite its weirdly tall profile, we really the LG G6. It’s a wonderful phone to hold in your hand – quite light and not at all awkward to hold or use in one hand – and the fact that the display occupies nearly the entire front is great. Coupled with an improved dual-camera setup, it should be an early contender for the best smartphone of 2017. 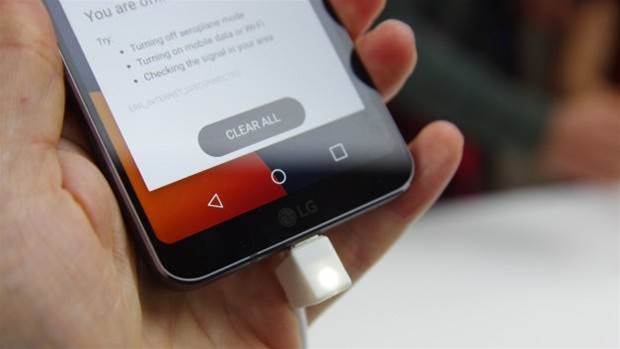 Most of all, though, we like the LG G6 because it’s different. Not quite as out there as the LG G5, perhaps, but it strikes out on a different path to most modern smartphones, and in a business as competitive as this, that has to be a good thing.

The LG G6 will be available from Telstra “in the coming weeks”.