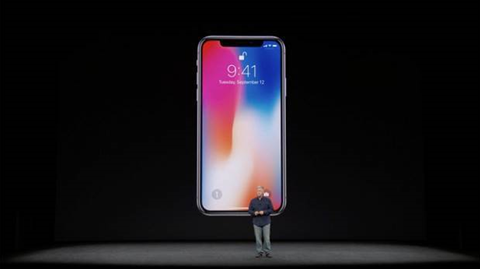 Hands-on with the iPhone 8 and iPhone 8 Plus

Available much sooner will be the new iPhone 8 and iPhone 8 Plus, with pre-orders starting on 15 September and shipping on 22 September.

The new handsets skip the “S” model that has been part and parcel of the iPhone family since the 3GS, jumping straight to a new number, with Apple promising improved phones in every way.

Of course, they’re faster. Apple is packing the phones with the newly announced hexa-core A11 Bionic processor, which the company reckons offers up to 25% more speed in two performance cores, and 70% more on four of them. It also includes the first ever Apple-designed graphics processing unit, which Apple estimates will be 30% faster. 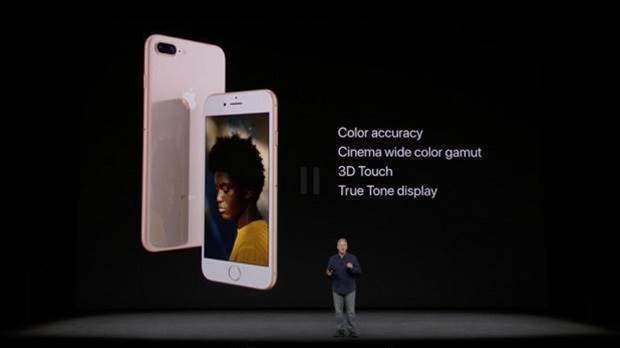 However, the stereo speakers are reportedly 25% louder than those found on the iPhone 7, with far deeper bass. That’s a good thing, as the 3.5mm headphone jack isn’t coming back, despite the public mourning at its premature death in 2016.

The handsets, we’re told, are made from aerospace-grade aluminium, with glass on front and back reinforced by steel. It’s the “most durable glass ever in a smartphone,” the company estimates, which feels a bit like praising the child-safe qualities of the world’s least predatory tiger, but we’ll see.

As every leak predicted, Apple has finally joined the world of wireless charging, using the Qi standard employed by most existing handsets – good news for owners of them, as the third party charging accessories market is about to get a lot more competitive.

Apple made quite a big deal of the new camera on the handsets, but it’s hard to take too much from it from the examples shown on the big screen at the launch event. It’s still a 12-megapixel jobbie, but Apple boasts it will let in 83% more light helping it capture a lot more detail, and function markedly better in low-light conditions. 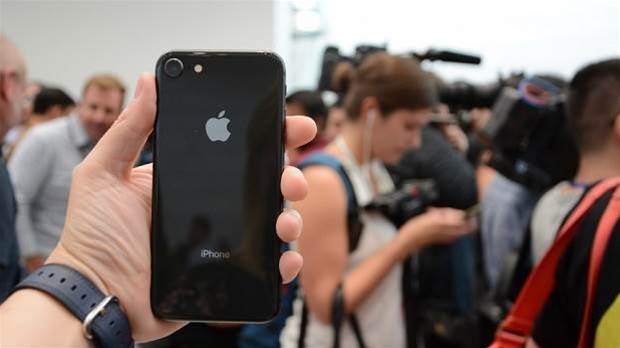 This will also be somewhat handy for the augmented reality (AR) functionality that Apple is pushing with AR Kit. Apple claims this is the first smartphone designed for AR – although Asus would beg to differ following the release of its Zenfone AR, while Google is introducing of ARCore that will result in more Android devices taking advantage of AR.

The iPhone 8 comes complete with a new gyroscope and accelerometer for better tracking of virtual items in the real world, along with the A11 chip’s “bionic neural engine” that’s “custom-tuned” for the AR features built into iOS 11.

The iPhone 8 is a difficult middle child of Apple’s new family. It offers a number of improvements over the iPhone 7 but falls short of some of the features of its larger sibling, and pales in comparison to Apple’s iPhone X. 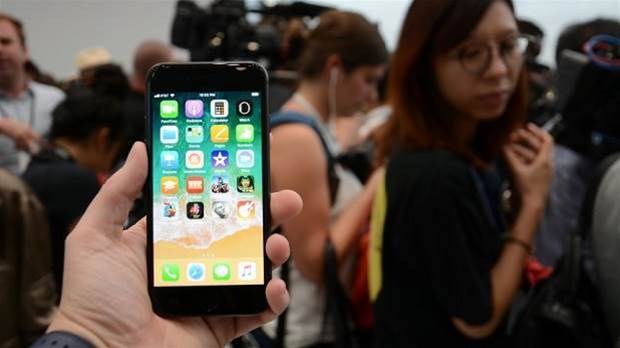 Its 4.7in display uses Apple’s True Tone technology to make the screen blend in more with its surroundings, giving it more natural paper-like appearance. Like its larger siblings, the iPhone 8 runs on Apple’s advanced A11 Bionic chip – we’ll report back once we’ve benchmark tested the phone, but we strongly suspect it’ll be very quick.

Also like the iPhone 8 Plus and iPhone X, the glass design makes the iPhone 8 feel luxurious and the AR capabilities have to be seen to be believed, although the smaller screen doesn’t quite do it justice in comparison with its larger siblings.

We’ll reserve our final judgement until after we’ve spent more time with the handset, but our first impression is that the iPhone 8 doesn’t quite feel like a compelling upgrade. None of the features listed above are unique to the iPhone 8, for instance. Yes, they’re a step up from the iPhone 7 and, yes, they certainly leave older models and some rivals in the dust, but all are available on the iPhone 8 Plus, which comes with a number of its own advantages.

That’s not to say the iPhone 8 doesn’t have appeal. If you prefer smaller handsets and don’t want the tiny iPhone SE, the 4.7in phone fits comfortably in your hand, it offers high-end specs and the improvements over the iPhone 7 are noticeable. It's also much lighter (145g) than the iPhone 8 Plus.

Next: iPhone Plus verdict