Greeks give up on EU and bet on Bitcoin 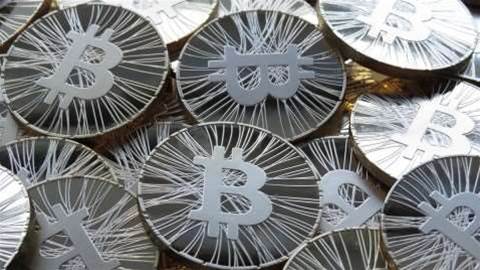 Well here's a side effect of this whole crisis that only seems obvious in hindsight. The shock referendum spurs upsurge in Bitcoin transactions by panicked Greek investors...

As Greece prepares to vote on whether to accept the EU's proposals, and potentially submit to another crushing bout of austerity, reports indicate that Greek investors have been rushing to offload funds to the popular cryptocurrency, Bitcoin.

Following the shock announcement of a referendum by Greek Prime Minister, Alexis Tsirpas, Bitcoin exchanges around the globe have seen a surge in interest from Greece. CNN Money reported that Bitcoin trades on German exchange, Bitcoin.de, were up 79% on their ten-week average. Meanwhile, LakeBTC, an exchange located in Shanghai, noted a 40% increase in visitors from Greek IP addresses.

Amidst the uncertainty, the Bitcoin price index has been rising steadily. Since the referendum was authorised by the Greek government on 28 June, the Bitcoin price has risen by 3.39% to a high of $256.49 at the close of play yesterday. At the time of writing, the value had surged to $262.65.

But why the sudden rush to Bitcoin? As the Greek populace decides whether to submit to the EU's demands, the country's banks have closed until the 7 July to prevent a financial meltdown, a move that has left nervous Greeks emptying cash machines across the country in advance of the closure. Some commentators suggest that the upturn in Bitcoin demand and the steady rise in the value of the cryptocurrency has been directly spurred by the financial chaos unfolding in Greece.

Despite the closure of banks in the country, it seems that Greek investors are taking advantage of still-functioning online banking facilities to invest in Bitcoin. Some canny Bitcoin exchanges are taking advantage of the potential upsurge in demand to market directly to Greek investors. The Polish company, Bitcurex, responded to the sudden influx of Greek customers by removing transaction fees for the purchase and sale of Bitcoins for three months.

However, reports suggest that the Greek financial crisis may not be solely responsible for the upturn in Bitcoin value. Daniel Roberts writing at Fortune.com remains unconvinced, referencing the lack of hard proof to link the upturn in Bitcoin to an uptick in Greek demand. He cites data from Bitcoin Charts, which suggests that Bitcoin purchases in Euros makes up only 6% of the total transaction volumes, a figure that remains consistent with data over the past six months.

Still, as other potential avenues for offloading funds to more secure currencies disappears, Bitcoin may prove to be a welcome get-out plan for nervous investors. Reuters reported yesterday that the largest money-transfer company in the world, Western Union, would also be closing for business from Monday and would remain closed for the rest of the week. One thing is for sure: the options for Greek investors may be running out, fast.

I have read and accept the privacy policy and terms and conditions and by submitting my email address I agree to receive the Business IT newsletter and receive special offers on behalf of Business IT, nextmedia and its valued partners. We will not share your details with third parties.
Copyright © Alphr, Dennis Publishing
Tags:
bitcoin shock bitcoin transactions greek prime minister
By a Staff Writer
Jul 1 2015
2:35PM