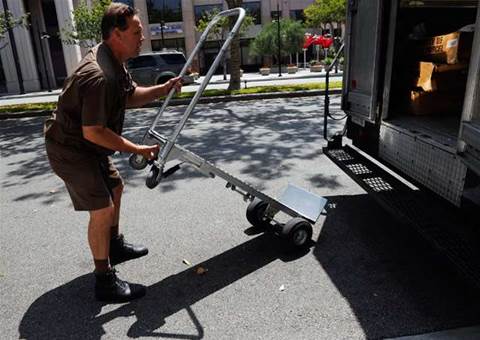 The new Google Maps Coordinate app knows where workers are and what jobs they’re on. Is this the future of mobile workforce?

The future, they say, is the mobile workforce. So it’s perhaps no surprise to see Google today unveil an app that lets companies track and send jobs to delivery drivers and workers who make their living on the road.

Called Google Maps Coordinate, the service is something the search giant is hoping will be a hit with delivery drivers, real estate agents, insurance agents doing assesments, financial teams on the road, security teams, people providing home services – any company that has staff out on the road taking job orders from head office.

Workers get an app that runs on their phone (Google Maps Coordinate is an Android-only service for now, though Google will consider iPhone in time) which tracks their location via GPS, or Wi-Fi and cell location. Back at the office, staff can see where workers are, as well as send job orders via the phone app. The technology is designed to remove the need for workers to constantly call back to base on a phone or CB radio and write down jobs on paper – in theory, saving time.

Google also claims the technology can be used to better plan how workers are used.  A location history and job history lets users see for example, if workers are being sent “off the beaten path” and if someone else needs hiring.

We were among media given a demonstration of the product this week by Google. Anyone who’s used Google Maps would have no trouble understanding the interface - on the screen is a map, with workers represented by markers. Dark blue dots indicate the system is sure of the location of a worker (using GPS), a clouded marker indicates the general location of a worker when WiFi or cell location is being used.

By seeing where your workers are at any moment, you know who is the closest whenever a new job comes in. At the office, jobs can be added and assigned to workers.

Here's the interesting bit - Google's blog post about the technology says that it works with Google Indoor Maps, meaning in theory, it's possible for workers and people monitoring to see where they are inside buildings. When you have a compatible Android phone (it requires Google Maps 6.0 for Android) Google Indoor Maps displays floor plans, instead of a relatively blank area of the map where the interior of the building is located. Here are some examples of what this looks like.

Google Indoor Maps requires businesses to upload pictures or directories of their floor plans to Google, so it's not something you'll automatically find available for many buildings right now. 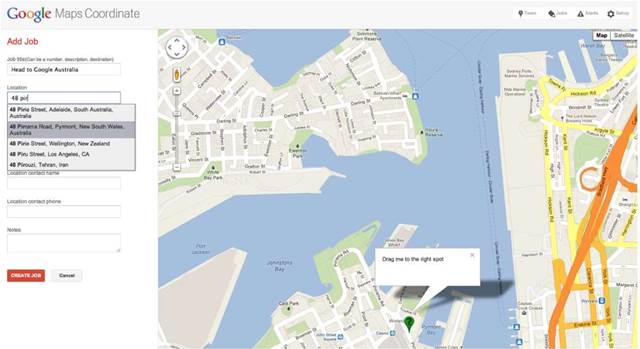 As to the question of who’s using the service, Google is cagey. When asked this week before launch about how many customers are signed up, all senior product manager Daniel Chu would say is “a few”, though he says the company is talking to businesses in various industries.

Perhaps more interesting were Chu’s comments when asked if Google is hoping to convert companies using various other location tracking systems. He said Google’s goal wasn’t to “flip those folks” but to address companies that aren’t already using this type of product. “It seems like there’s lots of organisations that haven’t invested,” he said.

As for the products already out there for smartphones that do something similar, we've already touched on Connect2Field and GeoOp in this article. Connect2Field charges $10 a month for each user as well as $65 for head office users, and the product can also be used for things like invoicing.

Google will charge US$15 per month per user. If they have the same sort of success they’ve had with Google Apps, perhaps we could see a new wave of businesses jump on the smartphone bandwagon.