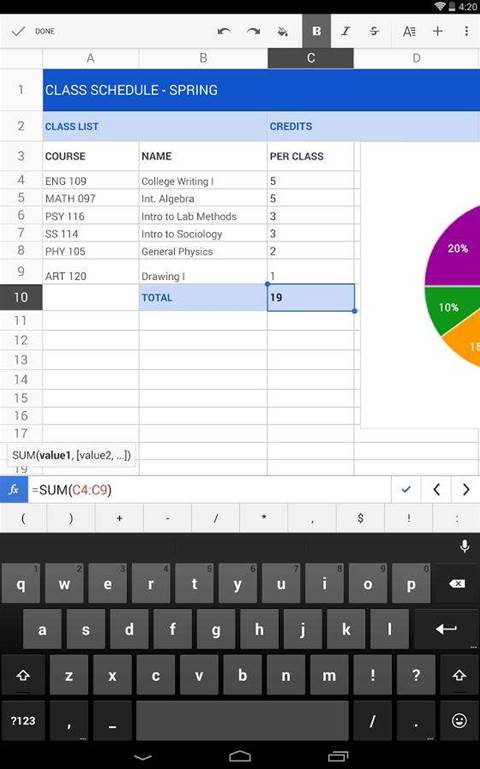 Google has upgraded its Docs, Sheets and Slides apps for Android, and its Gmail and Calendar apps for iOS.

App-specific notifications are the most obvious improvements to Google’s Docs, Sheets and Slides apps for Android. But the biggest update is to the spreadsheet app. Sheets now makes it easier to adjust column and row sizes, with an option to specify the exact size in pixels or to fit columns to the data they contain.

The Sheets app also gains its web counterpart’s ability to create and edit data validation criteria. If you know that a data item can only take certain legitimate values, it’s worth taking the trouble to build the rules into your spreadsheet. Among the possibilities are checking that the data is before or after a particular date, is taken from a specified list of values, and that a number falls within a given range.

We particularly like the way the app now allows the colour coding of different sheets within a spreadsheet. It can be easy to find yourself consulting or editing the wrong sheet when working on the smaller screen of a phone or tablet.

The change that applies across Docs, Sheets and Slides is that if you’ve also updated to the latest version of the Google Drive app, notifications that appear in Drive and relate to one of the other apps (such as when someone shares a document with you) also be displayed in that app.

Gmail and Calendar for iOS updates

Meanwhile, the latest versions of Google’s Gmail and Calendar apps for iOS have also had a facelift and “highly requested features”, although not all users are happy about the changes.

According to Google, the new version of Gmail for iPhone and iPad is the biggest overhaul the app has had in nearly four years.

Key changes include Undo Send (for those “doh!” moments), faster searching (including spelling suggestions when you're suffering from fat fingers), and swipe to archive or delete. 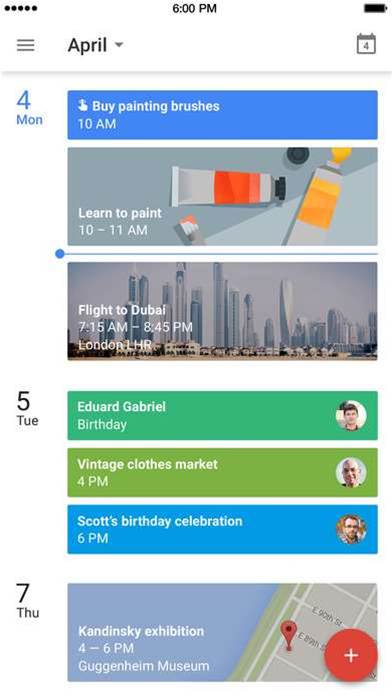 Improvements to the Calendar app include month view, week in landscape view, Spotlight support (so Google Calendar events, reminders and goals are included in Spotlight searches), and support for non-Gregorian calendars including Lunar, Islamic and Hindu.

The user interface now features Google’s material design principles, bringing changes to the menu bars, a larger font, a floating Compose button, and the replacement of checkboxes with selectable avatars in message lists.

Early user reviews of the new versions are unfavourable, with criticisms mainly related to changes to the interface and usability. The new Gmail app attracted an average of two stars and Calendar 1.5 stars (though Apple notes there are too few ratings for the iTunes Store to display an average for the new version of Calendar).