Google Nexus 7 & Microsoft Surface: where will the tablets be sold? 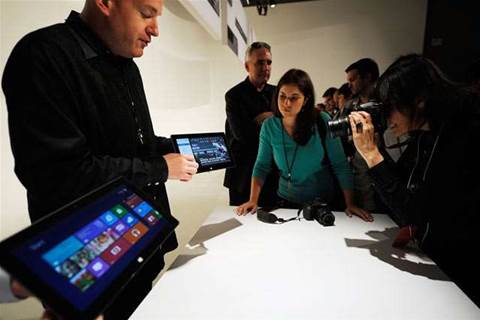 Steve Ballmer indicates Surface will be sold directly by Microsoft, while the Nexus 7 pops up for preorder at EBGames.

When Microsoft lifted the lid on its Surface tablets a few weeks ago it didn’t really touch on how people could go about actually buying one. While there still isn’t an answer on the specifics of the Surface launch, it now appears that this isn’t going to be found in retail.

This comes from comments made by Steve Ballmer during an interview with CRN. “They can order it from Microsoft.com” was Ballmer’s reply when asked how Microsoft’s partners can get their hands on Surface tablets to sell. He then goes on to clarify that Microsoft won’t be setting up specific distribution for the tablet.

What does Microsoft's new Surface tablet look like in real life. Is it ugly? Beautiful? See the photos.

So it looks like the only way for people to get their hands on Surface will be to purchase it directly from Microsoft, which is a big step away from how Microsoft usually sells hardware like the Xbox and peripherals.

Curiously this news comes as the other big tablet announcement of recent weeks, Google’s Nexus 7, starts appearing for pre-order from Australian retail.  The tablet, which has been available for preorder from Google Play since it was announced, has popped up on the local EBGames site, available for $1 less than Google is selling it.

It is the higher end 16GB version of the tablet, priced at $298, and comes with the $25 Google Play credit and free copy of Transformers: Dark of the Moon that is on offer from Google Play. While the marginal saving means we’ll still be getting ours from Google Play, the convenience of in-store pickup will be enough to make some people happy.