Google Nexus 7 doesn't work with 5GHz wireless, and other things to know 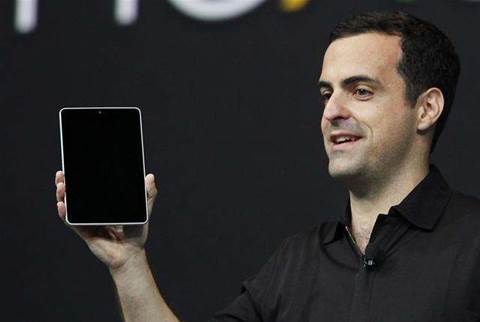 With new tablets appearing every other month, what sets the Google Nexus 7 apart? After using it for a few days, here's what stands out.

The Google Nexus 7 is likely to sell in huge volumes. It's well made, inexpensive and easy to use. But what makes it special, or different to some other tablets out there.
After a few days of using the Nexus 7, there are a few things that we thought were worth sharing.
Newsletter Signup

I have read and accept the privacy policy and terms and conditions and by submitting my email address I agree to receive the Business IT newsletter and receive special offers on behalf of Business IT, nextmedia and its valued partners. We will not share your details with third parties.
Also read: Should I buy a Nexus 7 or is something better on the way?
1.  Facial recognition
All your mobile devices need to be secured with some sort of passcode so that your data is protected from prying eyes. Most devices use some sort of passcode. The Nexus 7 offers facial recognition. Under the security settings you can choose Face Unlock rather that tap a PIN code in. In case the system fails to recognise you for some reason, you can set a PIN as a backup.
2.  Only supports 2.4GHz wireless networks
If your office networks are running fairly current routers, it's possible that your wireless LAN is using 802.11n on the 5GHz frequency. The Nexus 7 only supports the 2.4GHz wireless frequency so if you have trouble connecting a Nexus 7 to your network you'll need to make a few network changes.
3.  Near Field Communications
NFC is part of the new frontier of mobile communications. It's a way of wireless beaming information from one device to another simply by touching two devices to each other. No more messing around with Bluetooth or wireless networks. Just touch share and go. NFC will also appear in payment systems so you can pay for goods by touching a Point of Sale terminal with your device. No more scrambling for change at the vending machine!
4.  Pocket-sized - sort of
This really surprised us. The Nexus 7 fitted comfortably in the inside pocket of a suit jacket. It's not a big deal but it made a difference as we didn't need a bag on a business day trip interstate. All our documents were on the Nexus 7.
5.  Google Now
This is part of the new version of Android (version 4.1, sometimes referred to as Jellybean). Swipe up from the bottom of the screen and a new service called Google Now comes up from the bottom of the screen providing local weather information, traffic conditions if you're moving, schedules if you're near public transport stops and more. It uses geolocation services to work out where you are, your calendar to work out what you're doing and then provides information on the spot. The service is supposed to learn over time so it really didn't tell us much but it's a very interesting concept.
Copyright © BIT (Business IT). All rights reserved.
Tags:
24ghz 5ghz 7 80211n compatible google hardware nexus nexus 7 nfc tablet tablets wireless
By Anthony Caruana
Aug 2 2012
12:08PM