Google Glass 2.0: What Google needs to do to avoid a big flop 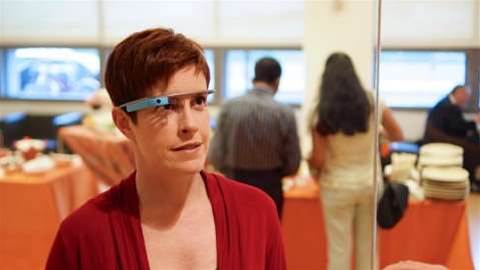 Google Glass 2.0 is on the horizon, but what does the company need to do to make a successful face-wearable?

If there's one criticism you can't level at Google, it's that it gives up too easily. Google Glass, despite having been criticised by pretty-much everyone who used it looks like it's going to get a second chance later this year.

Google Glass 2.0, it's safe to say, won't be as nerdy-looking as the first version. You can expect something which at least looks like it might belong on the face of a normal person, rather than a sky-diving founder of a technology company.

But there are a lot more issues which Google has to face with Glass 2.0 if it's going to be anything other than another ignominious failure. And there's a lot riding on this, not just for Google but also for any company which wants to create a market for “face wearables”. If Glass 2.0 fails it could damage the whole market segment, and spoil it for a decade in the same way Microsoft's early 2000's foray into tablet computers hurt the whole concept of tablets. So what issues does Google have to address?

The first is the physical “wearability” of the product, both how it feels to wear and also how it looks to everyone else. This is undoubtedly something which Google got wrong with Glass 1.0: the devices was decently-balanced on the nose and ears but bulky and difficult to wear for an extended period. If you wore glasses, you couldn't just clip Glass on to existing eyewear. And if you used it for a while, it got warm.

Worse, though, was the reaction from everyone else around you. People, to put it mildly, stared – and that never felt particularly great. It wasn't the stare of envy that you got the first time you pulled out a smartphone in a meeting. It was a stare of amusement and pity, as everyone put you down as more of an alpha geek than an alpha male (or female). You looked, in short, like a dork – and people were likely to make you aware of what they felt, too. They weren't laughing with you – they really were laughing at you.

Google Glass 2.0 needs to address both these issues. First, it needs to be more comfortable and less intrusive on the face. If possible, it should be available to people who want to keep their own glasses. And, most important of all, the design of it needs to evoke envy rather than pity.

I mentioned earlier that Glass 1.0 got warm if you used it a lot. The good news was this didn't last for long: the battery ran out before you could get too annoyed by the heat. Glass 1.0 didn't have all-day battery life. In fact, sometimes you struggled to get all-morning battery life out of it. It had a habit of conking-out at exactly the moment when you actually thought you might want to use it a bit more.

Google Glass 2.0 really needs to fix this. Certainly you should be able to get a full day's use out of it, with the same amount of active use time as a smartwatch. The longer it spends off your face during the day, the more temptation there is simply to leave it off for good. Like a smartwatch, Google Glass needs to be something you keep on you so much that you get used to it, and actually miss when it's not there.

The biggest and most important issue which Google Glass 2.0 has to solve, though, is the perception of a face-based wearable as being intrusive. Glass 1.0 suffered from a massive backlash largely thanks to its built-in camera. Unsurprisingly, people reacted badly to the potential of being filmed or photographed without them knowing, leading to Glass being portrayed as a privacy issue, rather than a potentially-beneficial technology.

The most obvious way to solve this would simply be to remove the camera, and that's what Google is likely to do. This would instantly remove the fear of being filmed, although, of course it also removes the ability for you to broadcast what you're seeing to your friends and the world. However, that's probably the right balance for the moment. Once cameras get small enough to be crammed into an invisible contact lens, the world is going to have to get used to being filmed at all times. But until that happens, removing the cameras is the right approach.

Success, or failure? The price needs to be right

None of this will matter much unless Google can also push down the price of Glass 2.0. At over $1500, Glass 1.0 was an expensive toy even for the well-heeled – but the closer Google can push the price of its successor down towards maybe $800 - the price of a decent but not flagship smartphone - the more it heads into the realm of ordinary users.

And given the backlash against Glass 1.0, the new version needs to be much more widely-spread. It was easy to mock Google Glass when the only people you knew who had one was someone with lots of money and little awareness of social niceties. If you know two or three more ordinary people with Glass, it's easier to justify buying it yourself.

I have read and accept the privacy policy and terms and conditions and by submitting my email address I agree to receive the Business IT newsletter and receive special offers on behalf of Business IT, nextmedia and its valued partners. We will not share your details with third parties.
Copyright © Alphr, Dennis Publishing
Tags:
google glass hardware
By a Staff Writer
Jul 8 2015
2:21PM