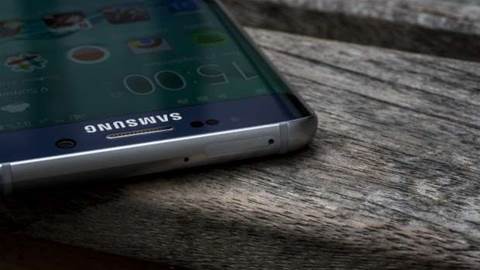 These 11 security issues gave Samsung something to worry about

The Project Zero security team at Google recently researched the Android-powered Samsung Galaxy S6 Edge and uncovered 11 “high-impact security issues”, including a bug that could have allowed hackers to gain control of a victim's phone.

Dr Steven Murdoch, a security researcher at University College London, told the BBC that these issues "significantly weakened the security" of the modified version of Android on the phone.

Among the 11 bugs were a number of memory corruption issues that occurred when opening photos, and a weakness in Samsung's email software that could have let hackers forward a victim's messages to another account.

The team at Google notified Samsung of the flaws and the phone manufacturer has since responded by fixing 8 of the 11 bugs.

“The majority of these issues were fixed on the device we tested via an OTA [over the air] update within 90 days, though three lower-severity issues remain unfixed,” said Project Zero.

A spokesperson from Samsung told the BBC that the remaining issues would be fixed in an update later in the month.

I have read and accept the privacy policy and terms and conditions and by submitting my email address I agree to receive the Business IT newsletter and receive special offers on behalf of Business IT, nextmedia and its valued partners. We will not share your details with third parties.
Copyright © Alphr, Dennis Publishing
Tags:
0 android bbc flaw flaws google hacker handset hardware samsung samsung galaxy samsung galaxy s6 uncovered
By a Staff Writer
Nov 9 2015
4:47PM