Google Chromebook Pixel review: Is this your next laptop? 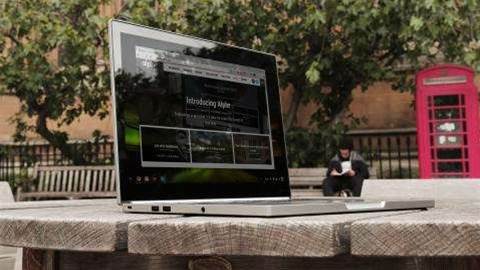 The Chromebook Pixel of 2015 is beautiful and powerful - a thoughtful and thought-provoking piece of technology exotica. Seriously.

Like the original, the new Pixel is unashamedly luxurious – in terms of the way it looks, and the stares it draws when you pull it out in a meeting, the machine has more in common with hardware like the Apple MacBook, the 2015 Dell XPS 13 and the Microsoft Surface Pro 3. 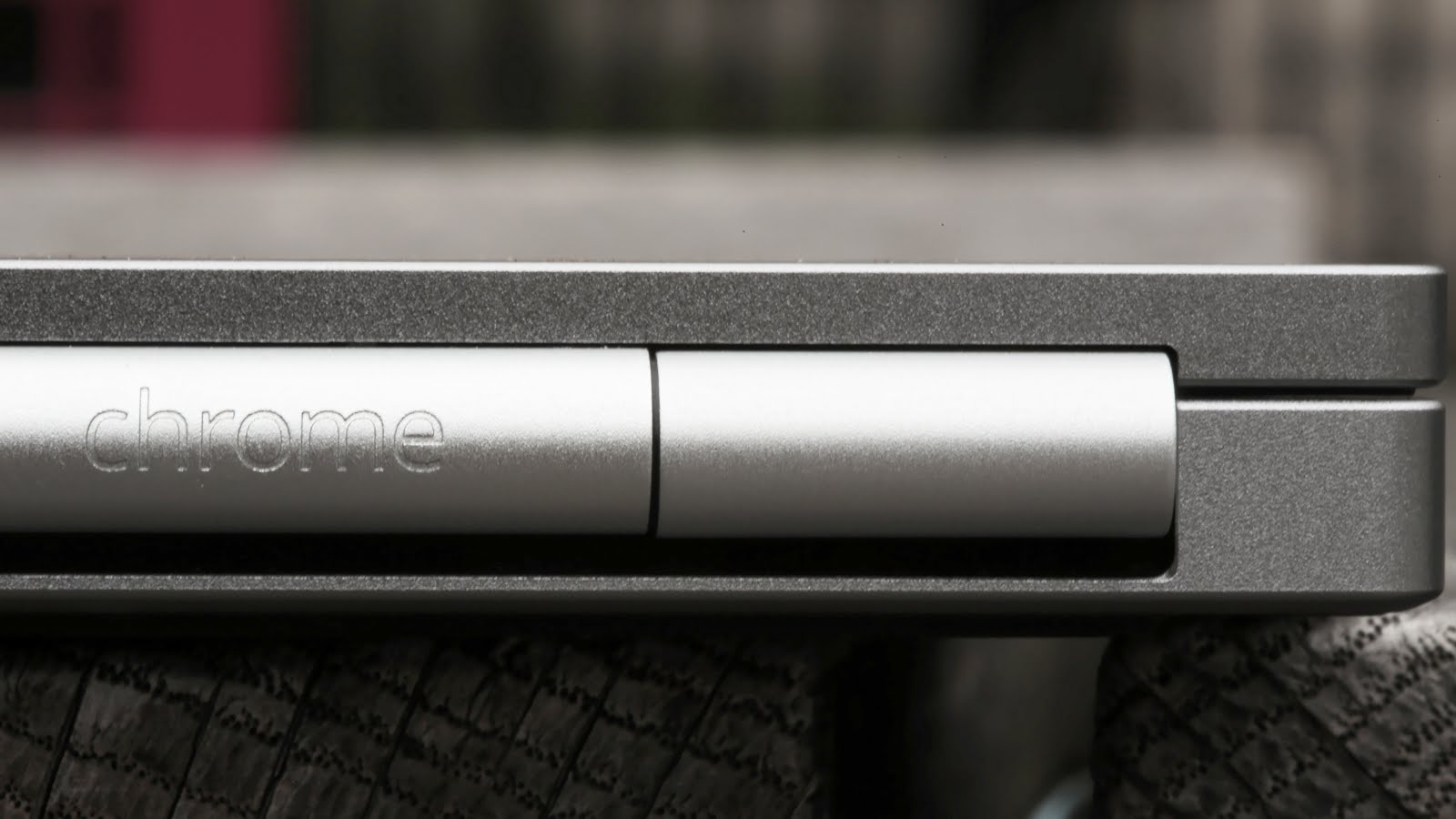 It sports a powerful Intel Broadwell CPU, has a top-quality screen – and it costs as much as an Ultrabook, too. It's altogether a different type of device than the average, cheap plasticky Chromebook.

Yet there's substance behind that pretty face. Although not the lightest of ultraportables, at 1.5kg, the Pixel feels as solid as any laptop I've come across, and its abruptly chopped-off edges and stark, industrial design is littered with thoughtful touches.

The speakers are sited beneath the keyboard to preserve the Pixel's sleek lines. The sturdy “piano hinge” also has hidden talents, acting both as a heatsink and a Wi-Fi antenna. The multicoloured, segmented LED on the lid glows all the colours of the Google logo when the Pixel 2 is on, and doubles as a battery gauge when the lid is closed. Just tap the lid twice and it will show you how much capacity you have remaining. 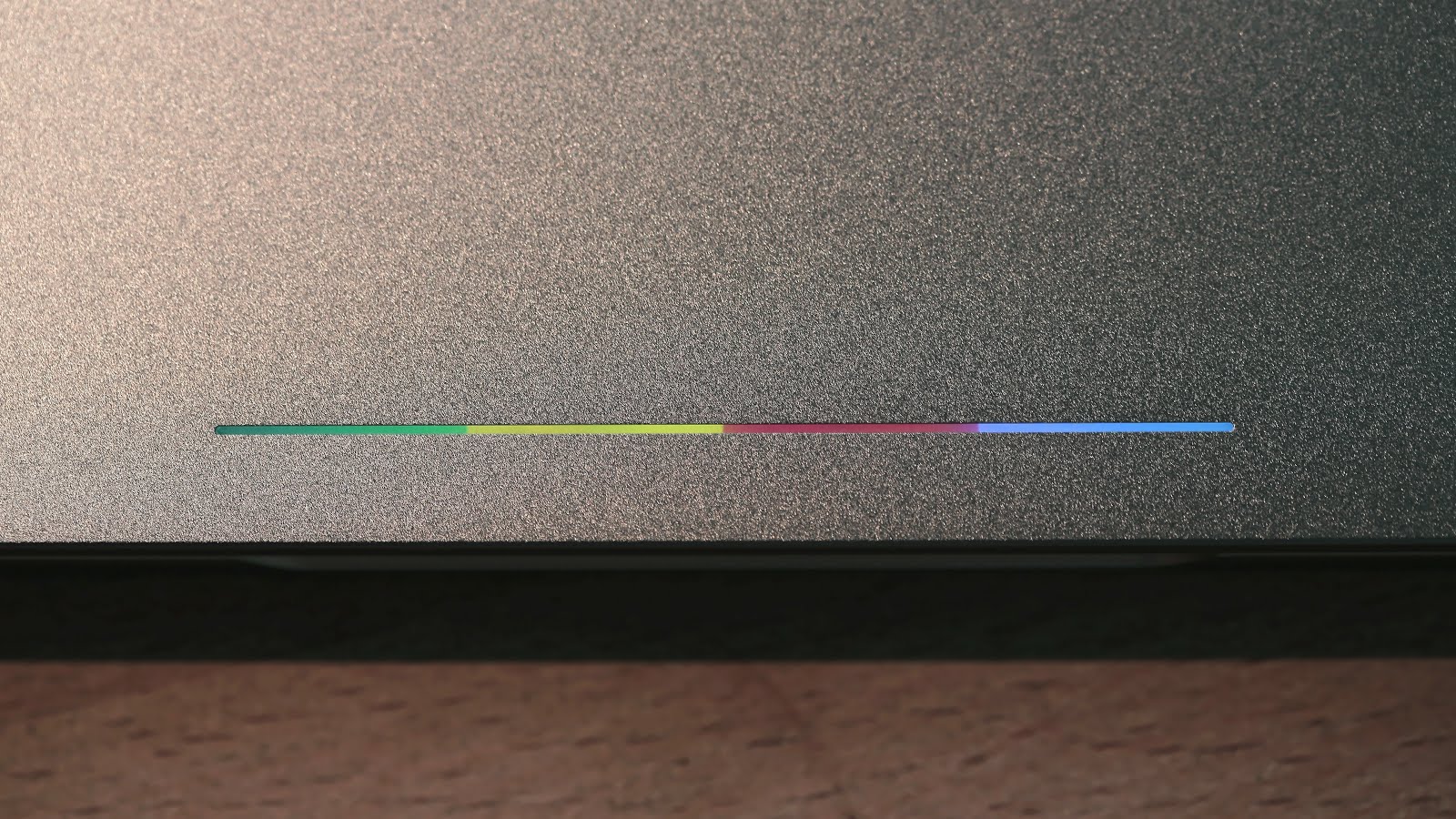 And the keyboard backlight glows only when you rest your fingers on it; when you lift your hands off, its gentle glow fades away. Careful thought has even been put into the way the ports have been arranged around the edges, with the Pixel's two USB Type-C ports split so that one falls on each side. This means you can choose which side to plug in the charger, with the other being left for video connections. (If you want to plug the Pixel 2 into an external monitor, bear in mind you'll need an adapter.)

In fact, alongside the MacBook, this is the only laptop currently available to sport the new USB Type-C interface; unlike the MacBook, though, it complements those ports with a pair of USB 3 ports and an SD slot, so you can transfer files and plug in peripherals should you want to.

The Pixel is alluring, but the most arresting feature has always been the screen, and that doesn't change one jot this time around. It still feels immensely satisfying to use, offering a spacious, uncramped view thanks to its 3:2 display ratio, and the resolution is a razor-sharp 2,560 x 1,700. It's also a touchscreen, allowing you to prod, poke and swipe your way through Chrome OS.

There's precious little to criticise. Viewing angles are perfect, colour accuracy is decent, and it's extremely bright and punchy – it's just a touch more impressive than the original Pixel.

It responds to touch input perfectly, with everything from light dabs and gentle swipes to pinch-zoom gestures working beautifully. As with every other aspect of the Pixel 2, it's a display that ranks alongside the best on any laptop.

Whether you really need the touchscreen is another question entirely. I found myself very rarely needing to reach up and jab at the display, simply because the glass-topped touchpad is so good. Just like the touchpad on a MacBook, it feels fantastic under the finger, and every one of Chrome OS's various gestures leap into life with satisfying speed and responsiveness. 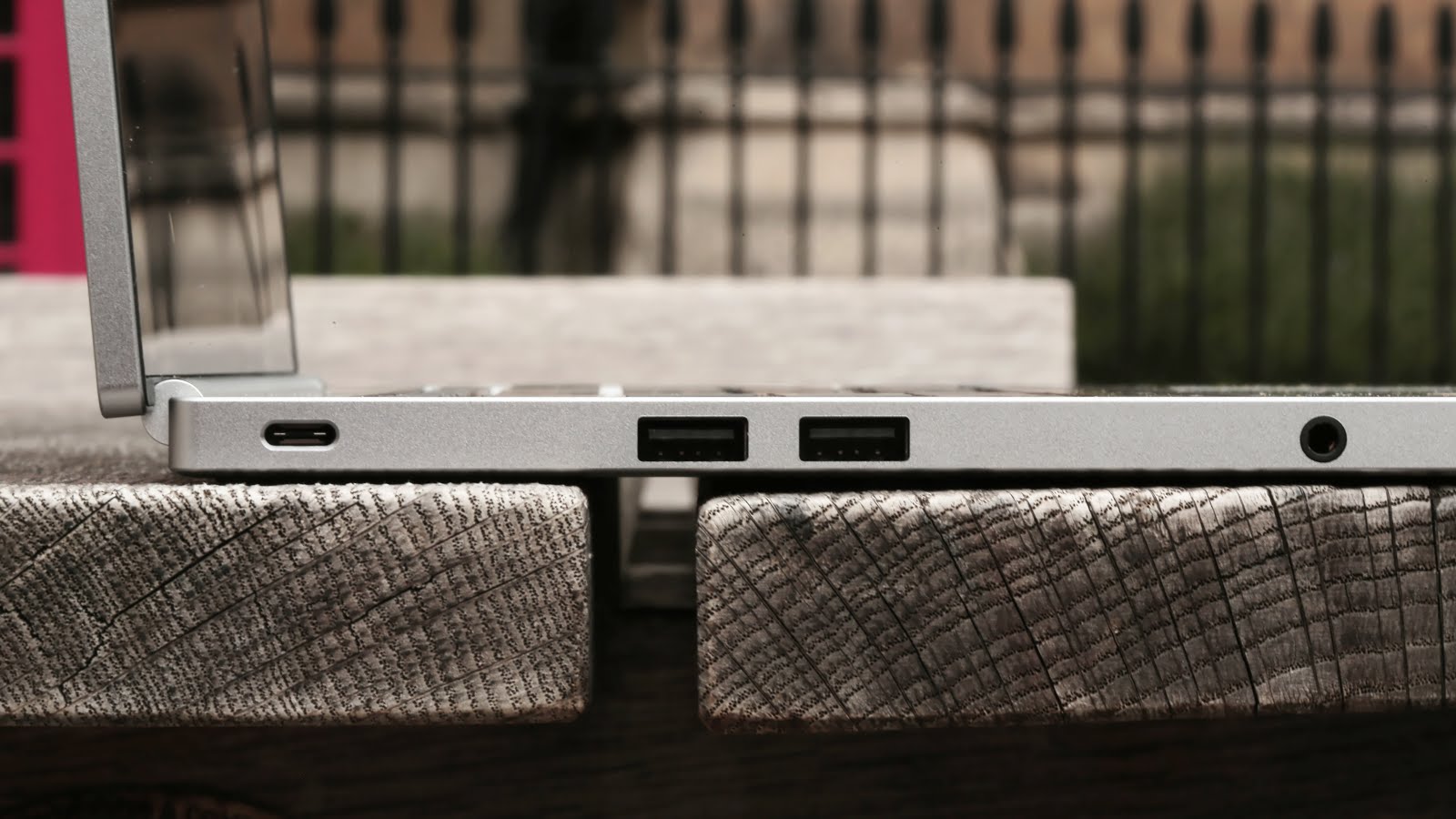 The keyboard is a different matter. There's nothing fundamentally broken here: the layout, the spacing of the keys and the feel as you type on them is all fine, but that's the problem. Given how good the rest of the Pixel 2's design is, I was expecting perfection; I'd prefer a little more positive feedback and travel.

Still, that's a minor grumble, and there's very little else here to get hot under the collar about, least of all the hardware. As with its predecessor, the Chromebook Pixel 2 is stuffed with the latest, greatest core hardware.

The edition I was sent for review has a fifth-generation Intel processor (a 2.2GHz Core i5-5500U) backed by 8GB of RAM, which is a huge amount of power for a Chromebook, while the more expensive edition features a faster Intel Core i7 CPU model and 16GB of RAM.

The review sample I've been testing zooms along at such an impressive lick, however, that I can't see why you'd ever want or need the Core i7. There was never any point at which I found the Pixel lacking; with 20 or more tabs open at all times, it flew along without breaking sweat, websites opened with frightening speed, and I never witnessed any lag while scrolling, panning and zooming around even the heftiest of web pages.

Running a few browser-based benchmarks produced suitably impressive figures, with the Core i5 Pixel 3 finishing the SunSpider browser test in a rapid 196ms, delivering a Peacekeeper result of 4,432 and a WebGL Cubes frame rate of 30fps. Needless to say, this is the fastest Chromebook we've tested, bar none.

The only reason you might consider the (I presume) even quicker Core i7 model is that it has a larger 64GB SSD than the Core i5's 32GB drive. But as you can add SD cards – which, by the way, slot all the way in and sit completely flush with the edge of the Pixel – to do effectively the same job, this doesn't seem like a particularly cost-effective move. 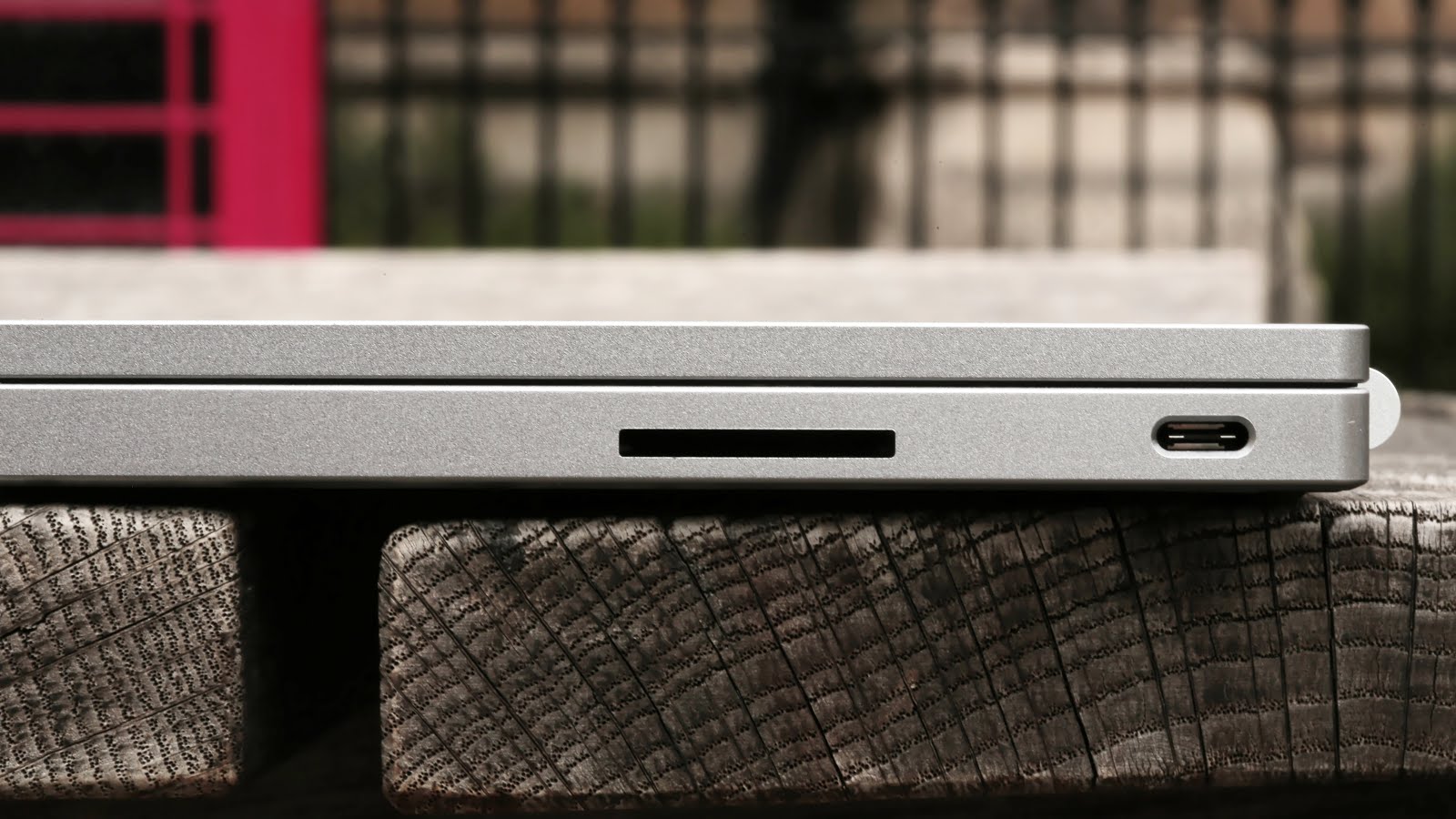 The most impressive thing about the performance of the Pixel 2, however, is the battery life. Where most Chromebooks are unable to stretch past seven hours of continuous video playback, and the original Pixel struggled to top more than four hours, the Pixel 2 kept on trucking for more than 11 hours.

In general use what this means is that you'll get a full day of use out of the Pixel 2, and then some, without ever needing to think about reaching for its USB Type-C charger. And because the Pixel is so efficient in standby, you can leave it in standby – like an iPad – without having to worry that the battery will be dead when you return to it a few hours or even days later.

Chromebook Pixel 2: Your next laptop?

If you're using a similarly priced Windows laptop or even a MacBook Air now, you might be surprised at how much you'd like using a Chromebook Pixel 2. It has a truly beautiful design and a fabulous screen, and it's quick, long-lasting, and packed with many, many thoughtful touches. 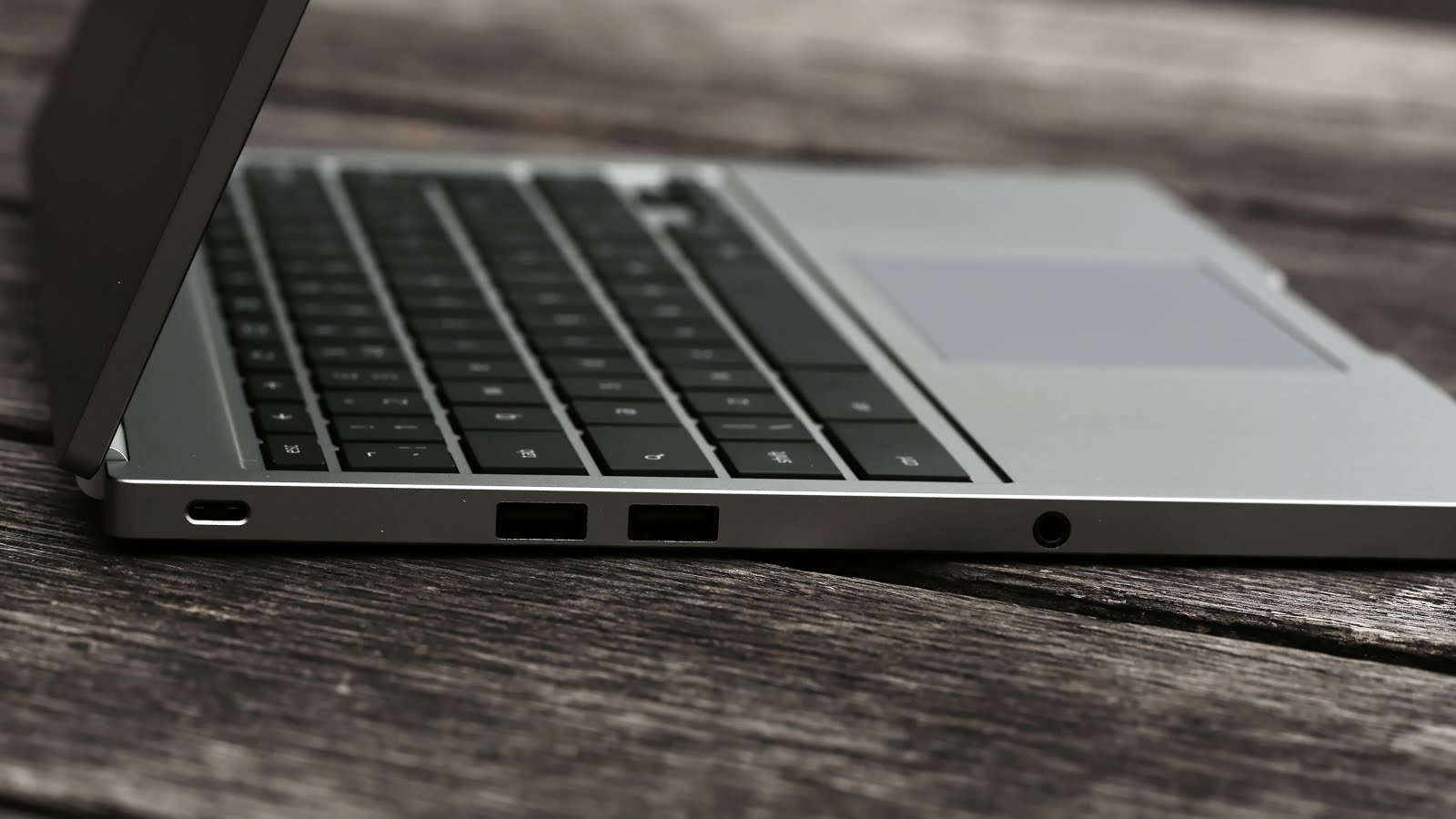 Alas, the continuing limitations of Chrome OS means the answer to that question has to be no. While it has matured greatly over the years, adding offline capabilities and hundreds of new features and apps along the way, Chrome OS is still not good for every job.

There are still tasks I, and many other professionals, need to do on a daily basis that cannot be achieved satisfactorily on a Chromebook, no matter how powerful, no matter how refined.

Then consider the quality of the opposition at this price – the 13in Apple MacBook Pro in particular – and you'll almost certainly concur that this is not the luxury laptop for you.

The Chromebook Pixel 2 is superb, of that there is no doubt, but at this price it needs to be everything your current laptop can be; and it just isn't quite there yet.

I have read and accept the privacy policy and terms and conditions and by submitting my email address I agree to receive the Business IT newsletter and receive special offers on behalf of Business IT, nextmedia and its valued partners. We will not share your details with third parties.
Copyright © Alphr, Dennis Publishing
Tags:
chromebook chromebook pixel google chromebook pixel hardware
By a Staff Writer
Jun 5 2015
11:32AM