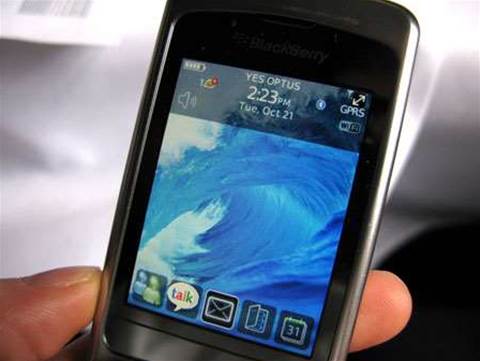 Google is promising to make it even easier for business BlackBerry users to access their favourite apps with the upcoming release of the Google Apps Connector for BlackBerry Enterprise Server.

"For instance, users can instantly receive Gmail messages within the built-in email client on their BlackBerry smartphones. And they can continue to use the same shortcuts to manage their BlackBerry messages."

Existing BlackBerry applications already support Google's various services, but this new component promises tighter integration with the device. Gmail emails are pushed to the BlackBerry within one minute, according to Google, and emails marked as read or deleted on the BlackBerry are reflected in Gmail and vice versa.

However, calendar integration is currently only one way, so additions and changes made to Google Calendar are reflected on the BlackBerry, but not the other way round.

Google Apps Connector for BlackBerry Enterprise Server is now in closed beta testing with a selection of companies and universities, and is set to become freely available to all Premier and Education Edition customers in July.

I have read and accept the privacy policy and terms and conditions and by submitting my email address I agree to receive the Business IT newsletter and receive special offers on behalf of Business IT, nextmedia and its valued partners. We will not share your details with third parties.
Copyright ©v3.co.uk
Tags:
apps blackberry calendar gmail google software support
Staff Writer
May 6 2009
9:30AM