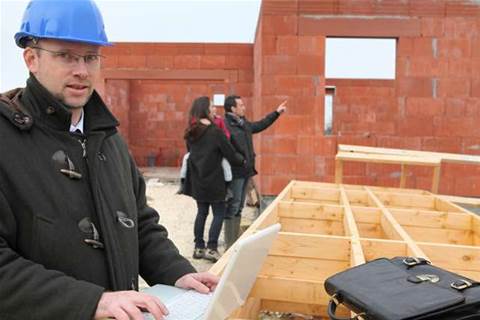 The Oneflare marketplace claims to have 50,000 businesses on its books.

Sensis might not like us asking that question, but some businesses are turning to online marketplaces rather than traditional directories for lead generation.
One of these marketplaces is called Oneflare. It allows prospective customers to request quotes from tradespeople and other service providers such as photographers or interior designers.
Newsletter Signup

I have read and accept the privacy policy and terms and conditions and by submitting my email address I agree to receive the Business IT newsletter and receive special offers on behalf of Business IT, nextmedia and its valued partners. We will not share your details with third parties.
Oneflare says it now has 50,000 businesses on its books, up from 35,000 this time last year and 25,000 earlier in 2013.
More builders than any other type of business have registered with Oneflare, followed by handymen, electricians, plumbers and cleaners.
Other categories in the Oneflare top ten are painters, bathroom renovators, gas fitters, home renovators and carpenters.
Oneflare sent out a press release quoting one fan of the site, Gavin Webster of Eco-Friendly Builders. "I signed up with Oneflare over two years ago because at the time I was finding it hard to get enough work," he stated.
"I had spare time between other jobs that I wanted to fill, and Oneflare helped me do that. It's good to be able to see job descriptions from clients on Oneflare, it helped estimate how long the job would take and if I could fit it in my schedule."
Customers aren't only turning to Oneflare for small tasks: "We've seen builders earn above $100k for just one job," said Marcus Lim, co-founder and CEO of Oneflare.
Copyright © BIT (Business IT). All rights reserved.
Tags:
builder oneflare
By Daniel James
Sep 25 2014
1:27PM