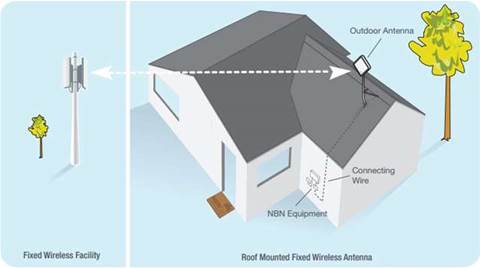 NBN Co has announced a faster option for its fixed wireless customers. Click to read more.

NBN Co has announced a new option for its fixed wireless customers: a service advertised with download speeds of 25Mbps and upload speeds of 5Mbps will be available by mid-year.

Currently, NBN fixed wireless users are offered a service advertised with download speeds of 12Mbps and upload speeds of 1Mbps.
And if you are a in remote area that relies on satellite for the NBN, 25/5Mbps connections will also be available on the Long Term Satellite Service which is due to commence in 2015. The current Interim Satellite Service is limited to 6/1Mbps.
Newsletter Signup

I have read and accept the privacy policy and terms and conditions and by submitting my email address I agree to receive the Business IT newsletter and receive special offers on behalf of Business IT, nextmedia and its valued partners. We will not share your details with third parties.
The wholesale prices that your Internet provider pays for these services will be the same as equivalent NBN services over fibre - that is, $27, or $3 more than the basic 12/1Mbps service.
Remember though, the actual price you pay varies by Internet provider (as our NBN eBook shows).
For example, Internode's NBN fixed wireless plans range from:
If you are in any of the following business areas, you might find that the fivefold increase in upload speeds may be more important than the doubling of download speeds:
Faster uploads mean you will be able to transfer large files to clients more quickly. Your videoconferencing capabilities should also improve.
[Main article image: NBN Fixed Wireless Fact Sheet, NBN Co]
Copyright © BIT (Business IT). All rights reserved.
Tags:
25mbps nbn satellite services speed wireless
By Daniel James
Feb 6 2013
11:00AM