Going back to work/uni/school? Here are phones, laptops, printers and more... 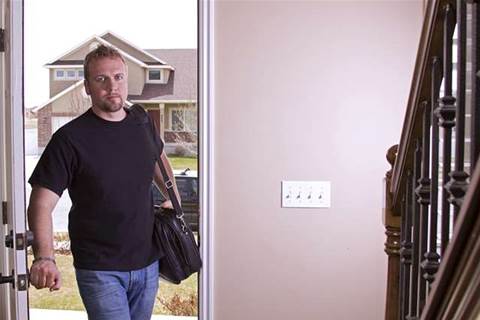 What deals can you get for back to school gear? We’ve hunted for the best offers and prices to get your school year started on the right foot

With the holiday break finishing, and many people beginning a new year in the office, or heading back at university or school, now is the time to take a close look at your computing needs. Is your laptop too slow or heavy? Would you benefit from a new laptop bag? Are you running a particularly old version of Adobe Photoshop or Windows?

The past year has seen major advances in all of these areas, including light and cheap netbooks, perfect for students, and advanced smartphones with better battery life.

Below we've collected advice on key products and deals for students and office workers.

Asus laptop offer
Australian high school and university students get a bonus year's warranty (making it a 3 year global warranty all up) when purchasing an ASUS UL50VT Turbo from selected dealers between 15th Jan - 31st March. The Asus UL50VT Turbo XX025X ($1299) is one of Asus' new ultra slim range, at just 1in thick and weighing a reasonably-easy-to carry 2.3kg. Asus claims up to 12 hours battery life for the ULV processor, and 33% increased performance when you use turbo mode.

Lenovo T400s, an incredibly lightweight ultraportable for business use
The T400s is a replacement for the older X300 laptops that have featured in our A-list over the last year. And as with the X300, the first thing you notice about the T400s is the incredibly light weight. It feels featherlight in the hand, with a slender screen and overall thickness of just 25 mm at the front, increasing to a still-slender 33mm at the rear of the machine.

Lenovo bucks tradition, ditches SysRq button on some keyboards
Lenovo has decided we're ready for another relic of computer keyboards to change, at least on some laptops. The once familiar "SysRq", or System Request key, has been removed entirely from several of Lenovo's new Thinkpad Edge laptops.

Dell Inspiron 1470, a step up from a netbook without compromising on battery life
Dell's Inspiron range has now expanded to include thin and light models that feature Intel's CULV processors. The design retains all the features of previous Inspirons we've come to love, such as the excellent build quality and decent - if not mindblowing - design. The bright red lid on our review model led with swooping curves down to the hinge, though the keyboard and silver-white wrist rest contribute to it looking like a cheaper model.

Why Samsung's N110 is our new A-List netbook
A superb keyboard, fantastic display and great build quality put the Samsung right at the front of the pack. It beats rival Asus' 1005HA for sheer value for money, and if quality is paramount, it's doubly a winner.

Carrying the load back to school

As laptops increasingly become an integral part of your child's learning process at school, it's important to select a bag that's designed to withstand the rigours of school life. Targus has five bags new for this year's crop of students, ranging from the 11.1inch Hardsided Slimline Laptop Case ($60) which weighs in at just 640g, through to the Notebook Backpack ($75) which has a removable laptop sleeve for extra flexibility.

STM is offering two new messenger backs as part of its back to school offerings. The STM Sonic has a retro blue and white or green and white design with space for laptops up to 15in and plenty of other school necessities. The Scout is a water resistant 15in laptop shoulder bag made of light-weight canvas for a rugged look and feel and shoulder padding for comfort. Scout also features high density padding and cushioned felt lining to keep your laptop secure.

Canon has back to school offers on its Pixma inkjet and Laser printer ranges. If you purchase one of the participating Pixma printers between January 11 2010 and March 31 2010 from a participating store, you'll receive a bonus Pixma 2010 Pack valued at $100.

The PIXMA 2010 Pack contains a wide range of Canon photo papers and T-shirt transfers. Selected models (MP640, MP990 and iP4700) include printable DVDs. You must redeem the offer before April 30. For more details see terms and conditions on the Canon website.

Brother have a little something different for back to school - the new LED printer range prints like a laser while keeping costs down.

The HL-3040CN Colour LED printer has a resolution of 600 x 600 dpi, 2400 dpi (600 x 2400) quality and produces colour output at up to 16ppm in both colour and black and white. It also provides 250-sheet capacity, a built-in Ethernet interface for sharing on your network, and a Toner Save mode to reduce toner usage.

The HL-3070CW Colour LED prints up to 16 ppm mono or colour with a resolution of 600 x 600 dpi, 2400 dpi (600 x 2400) quality. It provides built-in wireless 802.11b/g and Ethernet interfaces as well as a USB Direct Interface to print from your USB flash memory drive or PictBridge-enabled digital camera. A portion of the proceeds from sale of these printers goes to EarthWatch projects.

Anyone purchasing a Lexar JumpDrive USB flash drive or Lexar DRAM Netbook/Notebook module until the end of 28th February will be in the running to win a daily, weekly or monthly prize. Over $20,000 of prizes are on offer, including daily copies of Norton 360 Anti Virus ($130), weekly prizes of an HP Mini Atom Netbook ($699) and two monthly major prizes of a complete student office including student desk and chair, HP Touchsmart PC, HP Photosmart all-in-one printer, Microsoft Office 2007 and a Logitech desktop package ($6785).

To enter, all you need to do is SMS the last 6 digits of your Lexar product barcode plus your full name and state of residence to 1999 2653. Full details of the promotion along with terms & conditions can be found on the Lexar site.

LiveScribe Pulse Smartpen 2GB is the best notebook dictation gadget we're ever seen
A digital notetaker that records sounds, meetings, interviews and the like - for later transcription. Perhaps the best dictation gadget you're likey to find on the market.

Discount is king: Best student software deals on Microsoft, Apple, Adobe
If you're a student you can get some titles at a fraction of the price. So where are the big discounts and how can you take advantage of them? If the price of big software suites puts you off, you may be pleased to know student licensing packages offer some of the cheapest prices around. We've compiled a list of some of the student discounts being offered on major software titles.

Nokia's E55 boasts impressive 6-day battery life
Given the hype surrounding the Palm Pre, Android smartphones and the iPhone 3GS over recent months, you could be forgiven for wondering what had happened to Nokia.But it hasn't been resting on its laurels: the business-focused Nokia E55 is the first of a whole new wave of Finnish phones expected to hit retailers in the coming months.

HTC Touch HD, immensely impressive battery life
With the Touch HD, HTC has achieved something remarkable. It's targeted at the iPhone with its plain, screen-dominated front and similar shape, but switch it on and you're faced with a glorious touchscreen that literally outshines Apple's: it measures 3.8in across and has a 480 x 800 resolution.