Go forth and telework - but will it work for you? 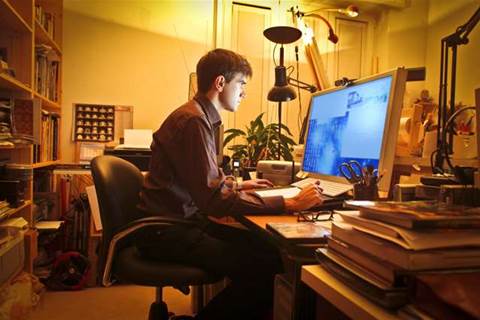 At yesterday’s Telework Conference at Melbourne Unversity, Prime Minister Julia Gillard — who delivered a speech via videolink — committed to a target of 12% of Commonwealth public servants working from home (teleworking or telecommuting) by 2020.

At yesterday’s Telework Conference at Melbourne Unversity, Prime Minister Julia Gillard — who delivered a speech via videolink — committed to a target of 12% of Commonwealth public servants working from home (teleworking or telecommuting) by 2020.

People would work at home one or more days a week and connect with colleagues and clients using a variety of technologies, including the national broadband network (NBN).

Some have said that it’s an excuse to justify the expenditure on the National Broadband Network, while others have welcomed the announcement as an important contribution to sustainability (quite apart from the benefits to workers of not being caught in traffic), having flexibility in their working arrangements, and so on.

Teleworking is not new, especially for academics who are increasingly linking to colleagues, students and databases via information and communications technologies that have developed a whole range of capabilities in recent years – smart phones, tablets, and integrated communications systems, not to mention WiFi connections.

Scouring library stacks has been replaced by searching electronic databases from the office, from home or even an airport as we head overseas to the next conference. Indeed, The Conversation is an example of Marshall McLuhan’s phrase “The medium is the message”, as we explore, discuss and comment on a broad range of issues through this social medium.

But is teleworking everything it’s cracked up to be, and can it be simply be a case of saying to employees: “Here’s your laptop, here’s your mobile phone and here’s your broadband connection – go forth and be productive”?

Over the last decade, several colleagues and I wrote at length about the issues associated with managing telework.

While the technology has changed dramatically in the intervening period, the concerns remain the same. Many of these relate to working in virtual (geographically dispersed) rather than co-located teams.

For example, team members choosing to work at home, likely on different days, will bring about changes in the type of work undertaken and the context within which the work is carried out, affecting the way team members conduct work, communicate with each other and express themselves.

Accordingly, they will need to: learn new ways to express themselves and understand others in an environment with a ‘diminished sense of presence’; develop superior team participation skills, inter alia, because fluid membership requires quick assimilation; gain proficiency in a variety of information and communications technologies (ICTs); and develop communication and cultural sensitivity skills, as geographical dispersion may cross national and cultural boundaries.

Yet there is a set of expectations about “work”, held by society in general, and managers and co-workers in particular, that complicate the introduction of telework in organisations. For example, society sees work as an activity that is performed in an office in “office hours”, while work at home is a low-status, income-supplementation pursuit.

Unions often describe work at home as exploitative, externalising the costs of work to workers themselves. Meanwhile, co-workers often see teleworkers as having an additional privilege, being less serious about their careers and simply “not available”.

Just as we consider the issue of job-person fit for traditional roles, we also have to consider whether we can find the right person for the job when it comes to teleworking.

Like all workers, teleworkers need to be conscientious, but perhaps need, to a greater extent, to be self-reliant and self-motivated. They also need to be disposed towards the different co-worker and supervisory relationships and different communication patterns that off-site work requires.

Telework, of itself and in its different forms, will not suit all workers equally. It behoves us to ensure that we use our insights to get a match between the right person and the right teleworking job.

No conflicts of interest.