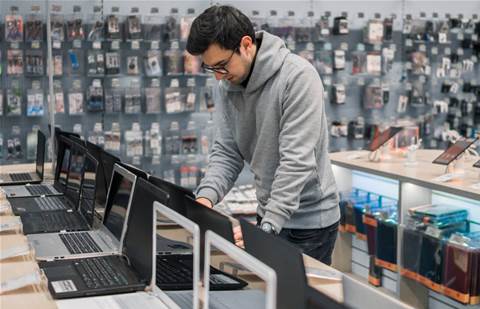 Worldwide PC shipments have continued growing on the back of increasing demand for home entertainment and distance learning, according to research firms Gartner, IDC and Canalys.

Gartner meanwhile said the growth was 3.6 percent at 71.4 million units, but the disparity of the numbers were due to Chromebooks not being included, which itself posted 90 percent growth year-over-year. With Chromebooks included, overall shipment growth was 9 percent.

“Gaming, Chromebooks, and in some cases cellular-enabled notebooks were all bright spots during the quarter,” he said.

“Had the market not been hampered by component shortages, notebook shipments would have soared even higher during the third quarter as market appetite was yet unsatiated."

Gartner research director Mikako Kitagawa said, “The market is no longer being measured in the number of PCs per household; rather, the dynamics have shifted to account for one PC per person.”

“While PC supply chain disruptions tied to the COVID-19 pandemic have been largely resolved, this quarter saw shortages of key components, such as panels, as a result of this high consumer demand.”

Gartner also noted that the business PC market was more cautious in Q3, favouring cost optimisation instead of urgent device procurement. “However, enterprise spending remained strong where government funding for distance learning and remote work has fueled device purchases, such as in the US and Japan,” Kitagawa added.

On a per-vendor basis, Lenovo, HP, Dell, Apple and Acer are still the top five globally, all posting growth apart from Dell.

Canalys analyst Ishan Dutt said, “Vendors, the supply chain, and the channel have now had time to find their feet and allocate resources towards supplying notebooks, which continue to see massive demand from both businesses and consumers.”

“After prioritizing high-value markets and large customers in Q2, vendors have now been able to turn their attention to supplying a wider range of countries as well as SMBs that faced difficulty securing devices earlier this year.” 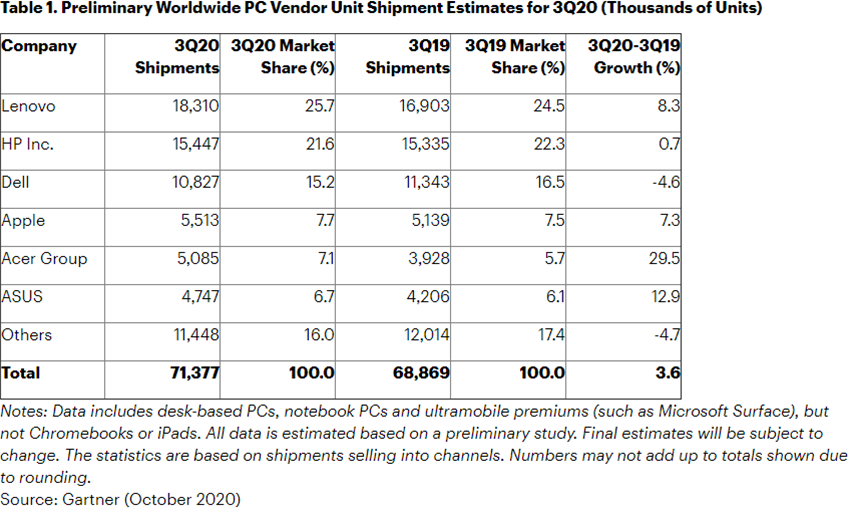 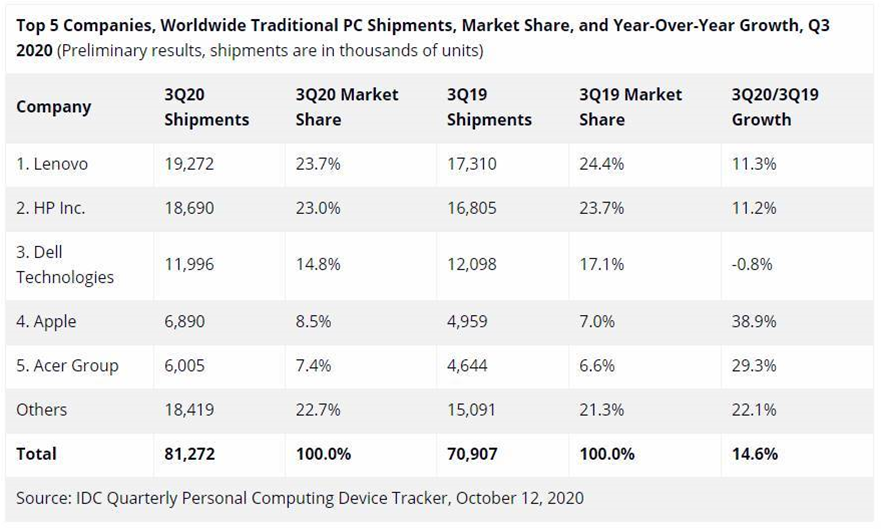 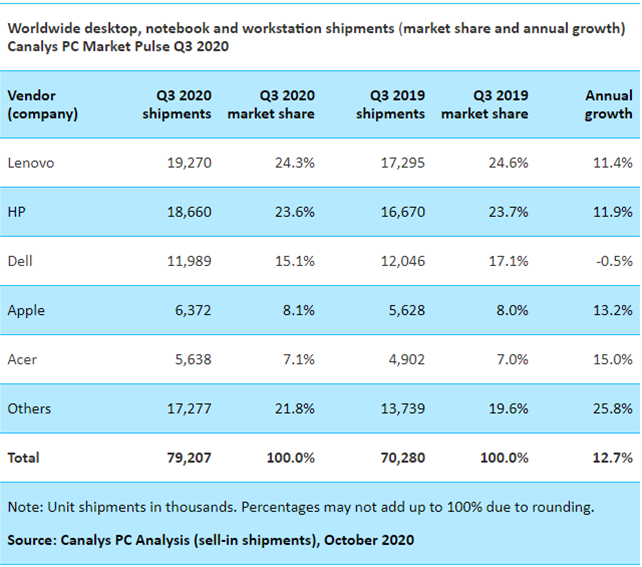