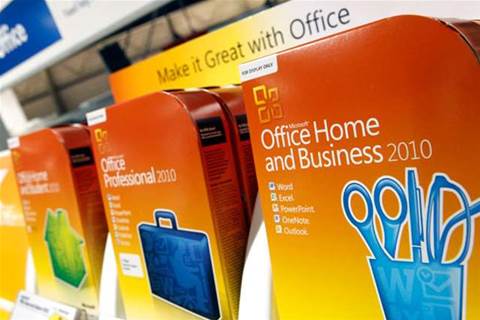 Even if you are happy with Office 2010 it might be worth grabbing this upgrade as the offer is only valid for a limited period.

If you really need to buy Microsoft Office now but are worried that you'll be slugged with another cost to upgrade to the new Office 2013 (it's not on sale just yet), then you'll be pleased to know that the upgrade might come for free.

According to Microsoft's OEM (Original Equipment Reseller) site Microsoft will be offering free upgrades to Microsoft Office 2013 from Office 2010 in all countries where Office is sold. You'll need proof of purchase, a valid license key and can't be on a volume licensing agreement. The web page for the offer for customers is here.
Of course you will need to upgrade the software which will take some time, but at least you won't need to pay any more. Even if you are happy with Office 2010 it might be worth grabbing the upgrade as the offer is only valid for customers that purchase Office between October 19, 2012, and May 31, 2013.
Newsletter Signup

I have read and accept the privacy policy and terms and conditions and by submitting my email address I agree to receive the Business IT newsletter and receive special offers on behalf of Business IT, nextmedia and its valued partners. We will not share your details with third parties.
If you want to try Office 2013 first, you can download the Office 2013 Preview. If you've been holding off on replacing your old PC running Windows XP or Vista, you'll need to upgrade to either Windows 7 or Windows 8 to run Office 2013.
The new Microsoft Surface tablet with Windows RT comes with Microsoft Office 2013 so you won't need to shell out anything extra. At this stage, our understanding is that you will get a preview version of Office 2013, and rights to download the full version when it becomes available, though there is a rumour the final version will be included when the tablet first goes on sale.
Copyright © BIT (Business IT). All rights reserved.
Tags:
365 free office 2010 office 2013 software upgrade
By Anthony Caruana
Oct 22 2012
2:00PM