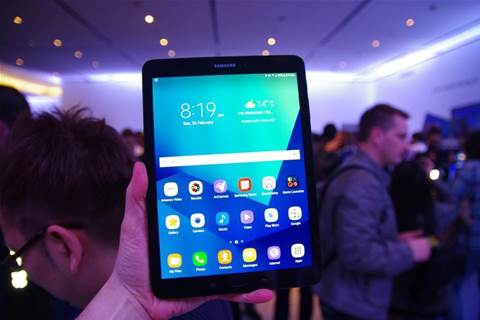 Samsung takes the fight (again) to Apple with its incredibly thin new hybrid tablet with stunning display and useful stylus. We give our first impressions.

The Samsung Galaxy Note 7 may be no more, but if you want a sleek Samsung beauty with an S-Pen in the box, then the Galaxy Tab S3 is looking very nice indeed. We had a chance to go hands-on with the new tablet at this year’s Mobile World Congress and walked away feeling very impressed.

On one level, that’s wholly unsurprising: the Samsung Galaxy Tab S2 was great too, and it would be odd for the company to take a step backwards. 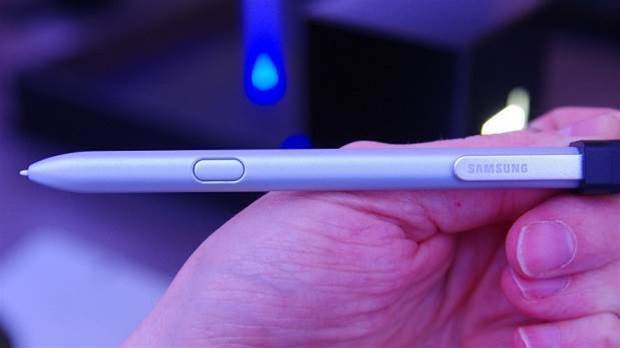 But just picking up the 9.7 device, you instantly get the impression that this is a genuine iPad Pro competitor. It’s not just the bundled S-Pen or the optional pogo-pin connected keyboard – the whole thing is sleek quality, if you can live with Android as a tablet operating system.

The first thing you’ll notice when you pick it up is how thin and light it is. At 429g, it’s ludicrously light, and from the glass on the front to the metal backplate, it measures 6mm. It’s a gorgeous tablet and should have Apple a little concerned that the 9.7in iPad Pro has a serious contender.

The second thing you notice is the screen. The 9.7in display is an incredibly vibrant 2,048x1,536-pixel AMOLED panel, and it really is a treat for the eyes. 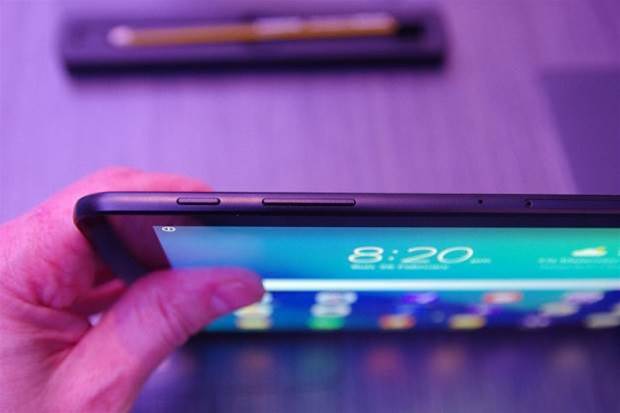 What makes the Samsung Galaxy Tab S3 tick? You’re looking at a quad-core 2.15 GHz Qualcomm Snapdragon 820 processor, backed by 4GB RAM and 32GB of built-in storage, with a microSD slot to up that by an extra 256GB if you need more. A 6,000mAh battery means it’ll last 12 hours of video playback, according to Samsung, and you can get a model with included 4G if you need internet access on the move.

It comes with Android Nougat out of the box, and it has AKG-branded quad-stereo speakers which adjust to the way you’re holding the tablet.

A fingerprint reader is in place, and good news for those of us who aren’t quite ready to say goodbye to the 3.5mm headphone jack – the port is still present and correct on the Tab S3, right next to the USB Type-C charging point.

For those strange people who like to use a tablet for their photography, the main event is a 13-megapixel autofocus snapper, that’s capable of recording 4K video. On the front, you’re looking at a more modest 5-megapixel affair, more than capable of dealing with extended Skype calls or a slightly awkward tablet-selfie should you wish.

So far, so tabletty, but what makes this less of a sparkly Samsung Galaxy Tab S2 and more of an iPad Pro contender is the optional pogo-pin connected keyboard and bundled S-Pen. The latter is a very strong selling point, given the Apple Pencil costs $145 on its own. 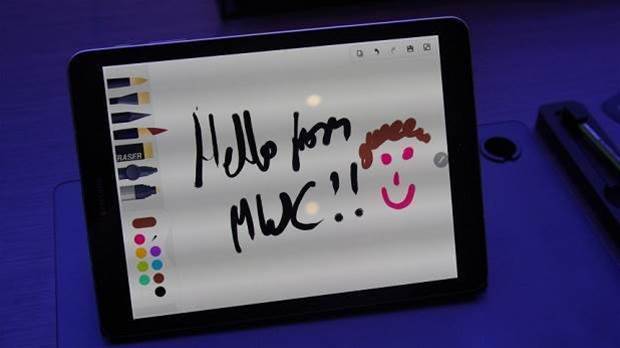 And the S-Pen is better than ever, too, with a nib that’s a teeny-tiny 0.7mm across. That means it feels very nice to write with, whether you’re annotating, sketching or free-writing. The best feature though? You’re now able to jot quick notes onto the screen without unlocking the device or even turning it on. Handy. Disappointingly, the S-Pen doesn’t sit inside the tablet, like it did on the Note 7, which is a pity, though not exactly a deal-breaker.

As for the keyboard, it’s a mixed bag. On the positive, the letters are all a good size, and each one has a positive click with each keystroke. It stays firmly in place via the pogo-pin connection, and you can get a decent word count down quickly. 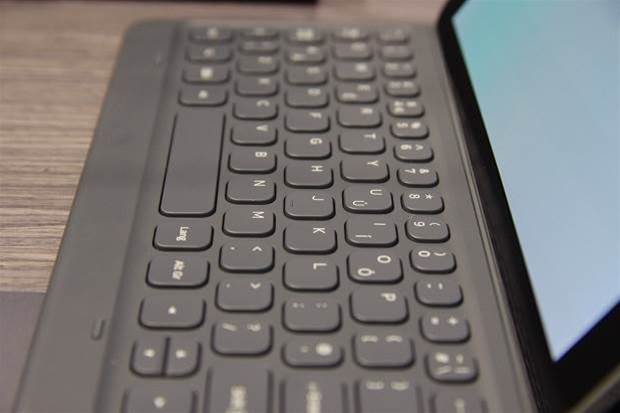 The one issue we have with it is the functional keys around the edge, which are all a lot more small and fiddly than the letters. That’s fine for F-keys, but when you’re struggling to push the shift, enter and backspace keys, it really puts a crimp in your productivity. We’re sure you’ll get used to these niggles over time, but if you’re only an occasional tablet typist, this could become a frustration.

In short, it’s looking very good indeed for the Samsung Galaxy Tab S3, but there are a couple of caveats. First of all, Android has never been a hugely convincing tablet offering compared to iOS. 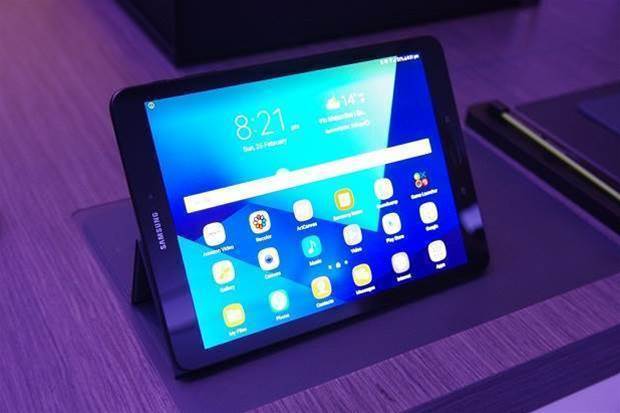 The second is that we don’t any idea of pricing (or Australian availability) yet. Recent form would suggest that Samsung will feel inclined to put it at a similar price point to the iPad Pro 9.7 (around $850).

We’ll be giving you our more in-depth thoughts when we get our review unit in soon.