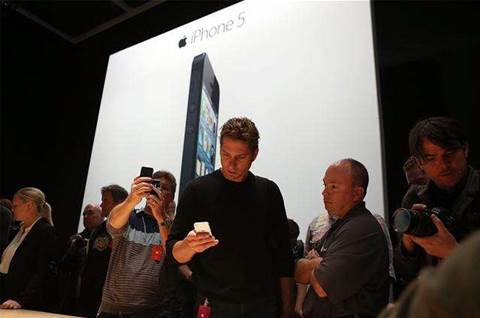 Tech21 claims its technology will protect against impact damage as well as the usual scratches and bumps.

Case maker, Tech21 has just announced that their Impact Shield screen protectors for the iPhone 5 and Samsung Galaxy S4 are now available in Vodafone stores across the country for $29.95.
Screen protectors are basically a thin film that you apply to your phone’s display which are designed to protect it from scratches. They are normally useless for everything else including protection from drops.
Newsletter Signup

I have read and accept the privacy policy and terms and conditions and by submitting my email address I agree to receive the Business IT newsletter and receive special offers on behalf of Business IT, nextmedia and its valued partners. We will not share your details with third parties.
But Tech21 is claiming that it’s patented multi-layer film made of polymer, the same substance used in military grade bullet proof glass, will protect your smartphone screen from impact as well.
How much protection exactly? Here is a video demonstrating the level of impact it can withstand.
Personally, I am not a huge fan of screen protectors as they usually come with a tedious installation procedure that requires a surgeon’s hands to apply. I also find that they degrade the colour on the display and add unwanted glare.
However, Tech21 claims that their screen protectors do not inhibit the display in any way and that the adhesive used makes it a “quick and easy bubble-free application process”.
While priced quite a bit higher than other film based screen protectors, when you consider that Apple charges upwards of $220 to replace a shattered iPhone 5 screen, $30 seems like a reasonable investment if it indeed works as advertised.
Copyright © BIT (Business IT). All rights reserved.
Tags:
protector screen services tech21
By Krishan Sharma
Aug 7 2013
3:25PM