Galaxy Note 7: should you take the plunge? 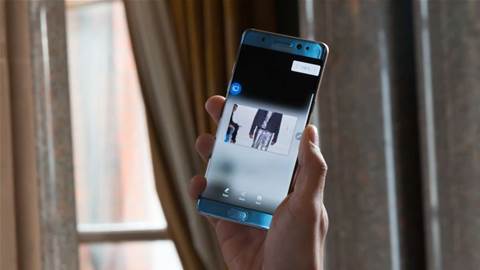 Samsung's new high-end smartphone boasts a host of improvements, including waterproofing. It's available for pre-order today, so we took it for a spin to see if it's worth the hype.

Back in 2011, Samsung looked at the mobile phone landscape and decided that screens were far too small. The result was the Samsung Galaxy Note: a handset that almost single-handedly started the boom in phablets – the term invented for smartphones with screens between a traditional phone and tablet in size. In fact, it’s hard to find a top handset now with a screen that’s smaller than 5 inches, and that’s largely due to the success of the Note.

Five releases later (there was never a Note 6), Samsung has launched the Galaxy Note 7 – and presumably the version number has been changed to line up with the Galaxy S7. It’s available for pre-order today (5 August), with the tasty incentive of a bonus 256GB microSD card with every pre-order – so should you take the plunge?

We’ve had a chance get our hands on the new Note and, with the additions of waterproofing, iris-scanning security and all the best bits of the S7, it’s hard not to be impressed. 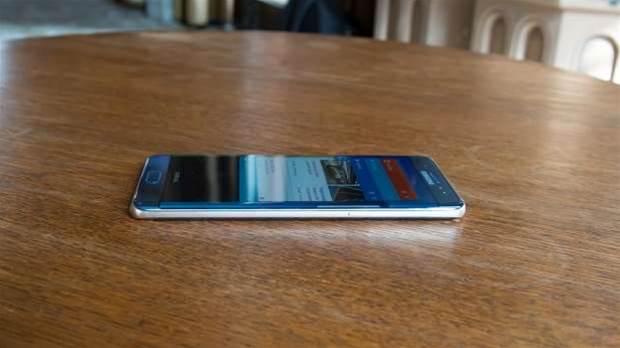 And it looks nice. Really nice. Samsung has learned a thing or two about how to make an attractive handset, and the Note 7 definitely matches that brief. Barely any space on the front of the handset is wasted, with the curved screen wrapping around the front of the phone. You’ll have a choice of three colours: Black Onyx, Blue Coral and Silver Titanium. Whichever finish you opt for, the phablet is extremely sleek, and guaranteed to catch intrigued glances.

Of course, part of this intrigue is down to the stylus – sorry, “S Pen”. The stylus has gone out of fashion since PDAs stopped being a thing, but the S Pen makes an extremely compelling case for them being given a second chance – and it’s no surprise that it’s more of a pleasure to use than ever before. 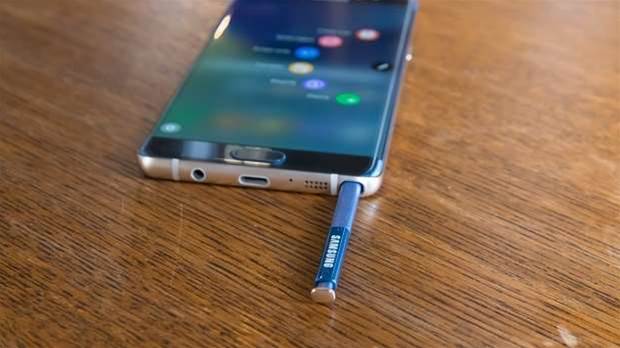 It has a smaller (0.7mm) tip, and it now feels less like you’re dragging plastic across glass, and more like you’re actually writing on a page.

It’s not just the feel of the S Pen that’s improved – Samsung has added a few more party tricks to it, too. The most impressive of these is that the Note 7’s software now comes with Google Translate built in, meaning that you can get an instant translation just by hovering over a word. 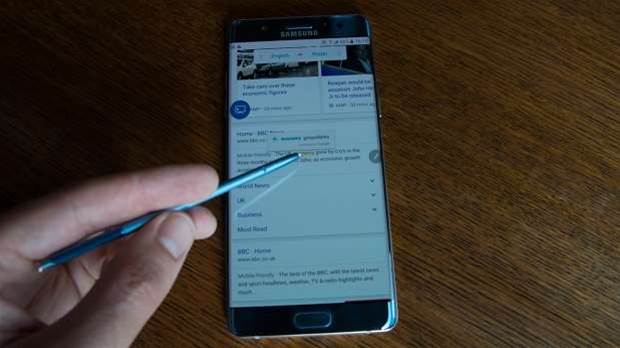 Even more impressively, this even works with photos, so intimidating foreign menus needn’t traumatise you any more – unless they use a silly font.

Bringing the Note series in line with the S7 means the phablet also gains some of the established features of its flagship stablemate. In particular, that means the Note 7 is more rugged than older versions and waterproof, despite having to include a hole to keep the S Pen in. 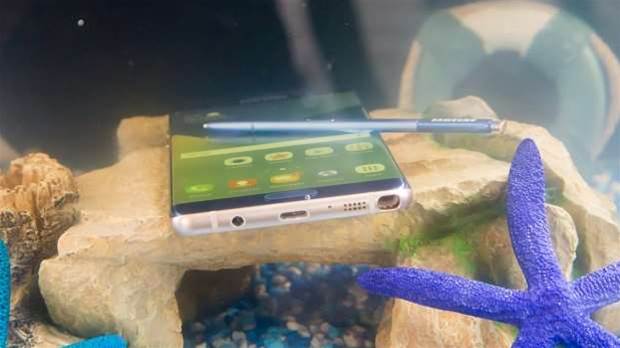 The Note 7 gets an IP68 rating, meaning that it should survive being dropped into 1.5 metres of water for half an hour. That’s not something we recommend trying for fun, but nonetheless, you can feel comfortable answering a phone call in the pouring rain if you must.

Elsewhere, security gets a boost. The fingerprint scanner made its debut in the Note 4, but this time it’s accompanied by iris scanning, if you find that more convenient.

Stare at your phone for 30 seconds to set it up, and then after that you should – in theory – be able to unlock your phone within seconds by staring at it with your baby blues, though Samsung says contact lenses and glasses could get in the way of this.

Galaxy Note phones have, historically, been absolute beasts when it comes to specifications and the Note 7 continues this trend. Like the S7, it has the Samsung-designed Exynos 8890 octa-core processor with four 2.3GHz and four 1.6GHz cores, along with 4GB of RAM. The S7 is among the fastest handsets around, and it’s hard to imagine the Note 7 being anything else when we get a chance to properly benchmark it.

It has the same rear camera as the Galaxy S7 – with 12-megapixel f/1.7 dual-pixel sensor – so it should take some of the best photos currently possible on a smartphone. The front camera has a 5-megapixel sensor.

What’s more, the larger frame means space for a bigger battery, and a 3,500mAh one is duly included. That’s a slightly smaller capacity than the S7 Edge’s (3,600mAh), but a significant bump on the S7’s (3,000mAh). In any case, given those handsets offered between 18 and 19 hours in our battery tests, it’d be surprising if the Note 7 didn’t offer similar stamina.

It comes with 64GB of storage built in, and you can expand it with a microSD card. 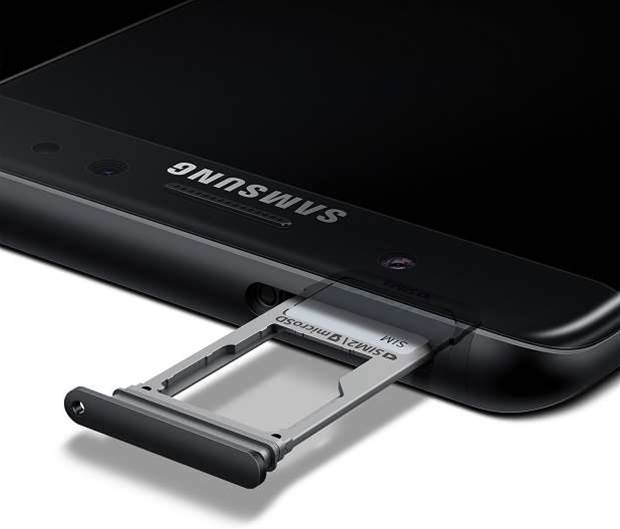 One area where the two differ is that this time Samsung has made the jump to USB Type-C, while the S7 stuck resolutely to micro-USB. How you feel about this will chiefly depend on how many spare cables you have lying around, but in any case, fast charging means you should be able to go from 0 to 50% in just ten minutes.

With these features and specifications, you wouldn’t expect the Note 7 to be cheap – and, at $1,349, it isn’t. Contract pricing currently starts at $74 per month (for 500MB, from Vodafone), though we’d recommend bumping that up for decent data allowance.

The Note 7 is available for pre-order on 5 August from the Vodafone, Telstra, JB Hi-Fi, Harvey Norman and Samsung’s online store. Optus and Virgin Mobile will also stock the phone when it becomes available on 19 August.

Samsung plans to release a range of accessories alongside the device including a Gear VR headset, a BlackBerry-style keyboard cover, LED cover, 10,200mAh battery pack, telephoto lens with 16x optical zoom and a fish-eye 360-degree camera.

The Note 7 isn’t exactly a bargain, but what you’re getting is one of the best phones – and probably the best phablet – available. We’ll confirm how good it really is after more extensive testing.