Funding your idea? Attend Kickstarter's "how to" workshops 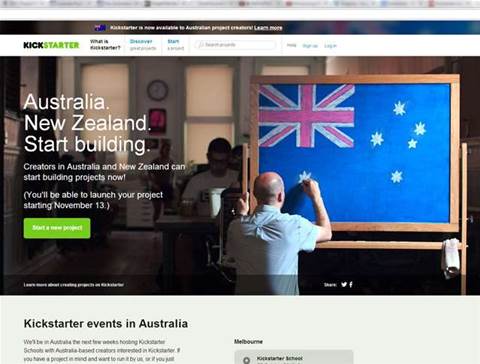 Crowdfunding website, Kickstarter, has just opened its doors to Australians and the company will be hosting workshops in Melbourne, Brisbane and Sydney to educate Australians on how they can get started.

Kickstarter describes the workshops as a “primer on how to bring a Kickstarter project to life”. They'll cover what kind of rewards work best, how to spread the word about a project and other tips.

The workshops start on October 27 in Melbourne, before heading north to Brisbane on October 28 and finally two sessions in Sydney from October 31.

Kickstarter projects range from music, photography, film and fashion through to art, games and technology.

According to the company’s blog, while Australians can from today start building their projects by clicking “Start a project” button from the Start page, the ability to launch a project (make it live to the Kickstarter community) won’t happen until November 13th.

Kickstarter has posted a range of FAQs on their blog.